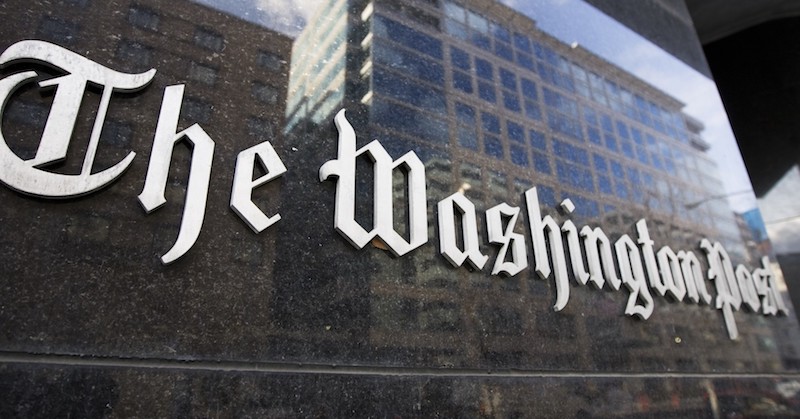 “Fake News” isn’t just wild stories about green men on the moon … or takes of Obama being a triple Cuban agent out to destroy America or communist conspiracies to “sap and impurity our precious bodily fluids.”

It’s much more than that.

It’s an overzealous reporter who has a story that – with a little tweaking – fits a media narrative.

So they tweak, or they avoid doing some fact checking that might prove the story wasn’t quite as sensational as they thought.

Take the story about a Vermont electric plant called Burlington Electric The Washington Post ran Saturday. It turns out that some malware was found on a laptop owned by Burlington itself. The station was not connected to the grid, the Russians weren’t behind anything and there’s no evidence at all that our nation-wide energy grid was at stake.

But that’s not what you get when you read the original article.

Here’s how it started: “A code associated with the Russian hacking operation dubbed Grizzly Steppe by the Obama administration has been detected within the system of a Vermont utility, according to U.S. officials.”

Clearly, the story fit the narrative of the “election hacking” fake news that the media has been peddling for months. But they made a big mistake. They ran the initial story without getting any comment from the two electric companies involved at all.

Shortly after the story ran, the Burlington Electric Department would send out a statement that showed the entire premise of the Post story was untrue:

“Last night, U.S. utilities were alerted by the Department of Homeland Security (DHS) of a malware code used in Grizzly Steppe, the name DHS has applied to a Russian campaign linked to recent hacks,” a spokesman for the Burlington Electric Department said. “We acted quickly to scan all computers in our system for the malware signature. We detected the malware in a single Burlington Electric Department laptop not connected to our organization’s grid systems.”

The system wasn’t connected to the national grid. There was no “Russian intrusion” and our national electric infrastructure was never in jeopardy.

In fact, in their own story – past the quotes from Democrats wailing about how evil the Russians are, there’s this paragraph:

Since at least 2009, U.S. authorities have tracked efforts by China, Russia and other countries to implant malicious software inside computers used by U.S. utilities. It is unclear if the code used in those earlier attacks was similar to what was found in the Vermont case. In November 2014, for example, federal authorities reported that a Russian malware known as BlackEnergy had been detected in the software controlling electric turbines in the United States.

Politico cybersecurity reporter Eric Geller said about the Post story, “Pretty amazing how badly the Post appears to have mangled this one. You didn’t call the Vermont utility regulator before publishing?”

The Post has since updated the story. The headline changed to “Russian operation hacked a Vermont utility, showing risk to U.S. electrical grid security, officials say.” The updated story said the “code entered the Vermont utility’s computers,” but the utility spokesman’s statement stated the code was found on one laptop.

And that, my friends, is how real fake news starts. A story might fit a narrative, with a little tweaking here and there. Call the right people, ignore the other ones and you’ve got a blockbuster.

Except it’s all fake.