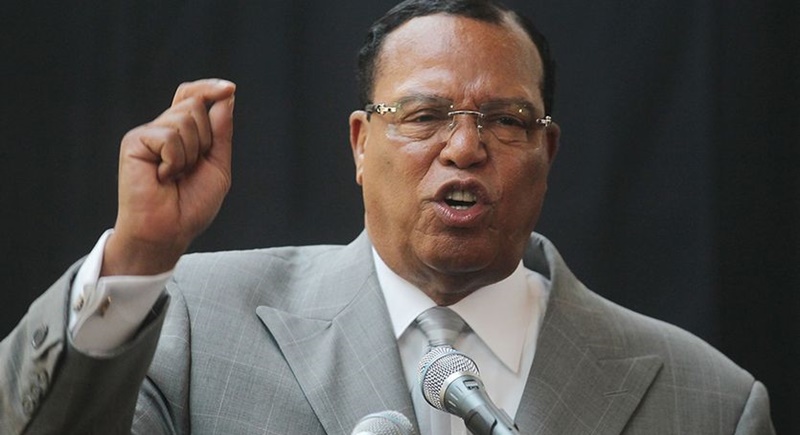 Louis Farrakhan, the racist and anti-Semitic leader of the Nation of Islam sees an opening.

An opening for his brand of black separatism – racial segregation, really – and he thinks he can thank Donald Trump for that.

He stood in front of a podium draped in the colors of the Pan-African flag – red, black and green. It was one week after Trump won the election.

“The white man is going to push. He’s putting in place the very thing that will limit the freedom of others.” Then he pointed to the crowd, smiled and said, “That’s what you needed,” as motivation to finally separate from whites, the AP reports.

“My message to Mr. Trump: Push it real good,” Farrakhan said, building to a roar that drew applause and cheers. “Push it so good that black people say, ‘I’m outta here. I can’t take it no more.'”

Farrakhan believes it was white nationalism that put Donald Trump over the top, and as the leader of a black separatist movement, he suddenly finds himself relevant again.

The Southern Poverty Law Center reports that there has been an equal rise in White Separatist and Black Separatist movements, creating a “favorable environment” for Farrakhan’s teachings.

“Racial nationalism of all kinds is on the rise,” said Mark Potok of the Southern Poverty Law Center.

Theresa X, an alcohol and drug counselor from Northern California, said after this “vicious” election, she hoped others, including her Mexican American relatives, would follow her into the Nation of Islam, which she joined in the 1980s. “I think they should,” she said in a phone interview. “They’re afraid.”

The Nation remains closed to outsiders, meaning it’s hard to gauge their power or prominence in the Black community, but many point to the 1995 Million Man March, where hundreds of thousands of Black men descended on Washington, as a cultural milestone that the Nation can build on.

That name recognition and high level of organization has left the Nation well situated to take advantage of the current political moment, including the emergence of Black Lives Matter protests over police shootings of black men.

“We have to turn to each other,” said Nation member Duane Muhammad, 63, a Chicago-area elected official who helps produce videos of Farrakhan.

During the campaign, Farrakhan sent mixed signals about Trump’s candidacy. He said he saw some reflection of his worldview in the candidate’s rhetoric, including Trump’s talk of a “global power structure” and a “rigged economy. Farrakhan has long held that powerful Jewish conspiracies are responsible for making the economic engine of the world work. He also blames them for the 9/11 attacks.