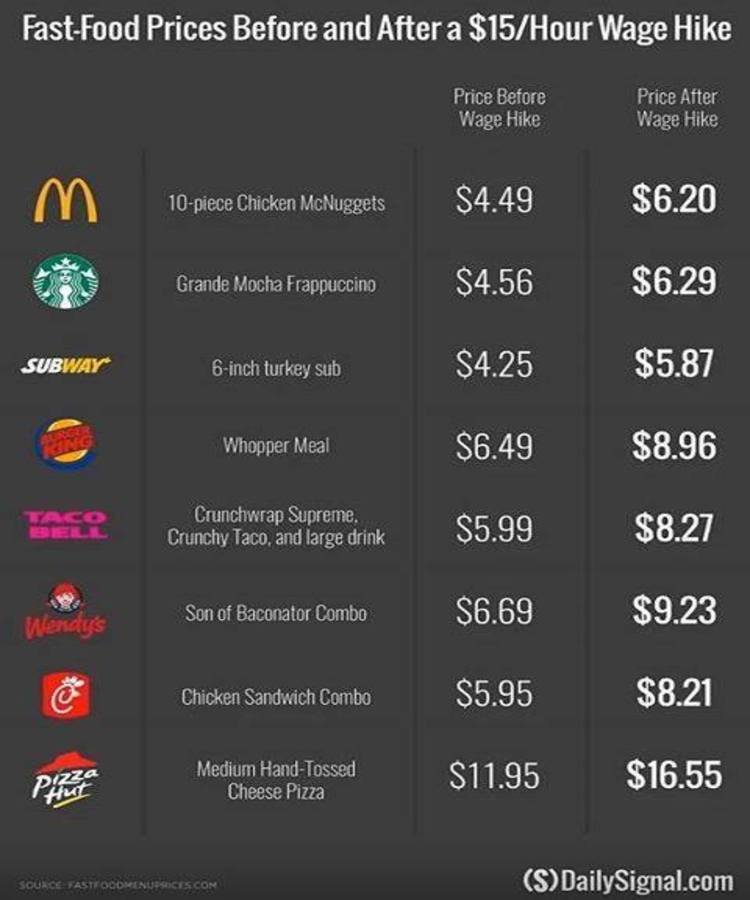 C.E. Dyer reports after San Francisco raised the minimum wage to $15/hr, the Bay Area has seen numerous restaurants close, yet the liberal media can’t wrap their minds around the idea that there might be a correlation between the two.

Restaurants are rapidly going out of business in the Bay Area, after San Francisco passed a $15 minimum wage law in 2014 and the State of California followed suit in 2016. Yet the media are struggling to make the connection between high minimum wages and restaurant closures.

The East Bay Times, for example, asked Tuesday: “What’s behind the spate of recent Bay Area restaurant closures?” It barely mentioned new minimum wage laws, brushing them aside as if they were largely insignificant.

As Breitbart pointed out, there are numerous factors that likely contributed to the restaurant closures, but one of those is likely the heightened minimum wage. Those that are opposed to the $15/hr minimum wage predicted this, but of course, leftists just brush it off.

For supporters of the $15/hr minimum wage to just ignore the facts of the situation shows that they don’t really care about the well-being of workers, but rather their radical agenda.

If this was about helping workers, those in support of the heightened minimum wage would want to look at all angles. They would not be transfixed on an option that does not fix the underlying problems.

This country needs jobs. There’s no doubt about that. We need jobs that pay decent wages and we need to make sure that Americans are trained and prepared to take on those jobs.

If the left was really interested in making the lives of American workers better, they would listen to President Trump’s policies and find that he is working to do just that.

Instead, the left wants to institute arbitrarily inflated minimum wages across the board for jobs that won’t support that wage.

The across-the-board inflated hourly wage isn’t even a band-aid; it’s a destroyer of jobs. It doesn’t in and of itself fix the problems as even companies that can support the wage will look for ways to cut costs, and that means many people will be out of work.

We need to get the economy moving again and we need to bring jobs back to the United States. Leftists want to radically transform America and they are using people who are struggling and frustrated to do that.