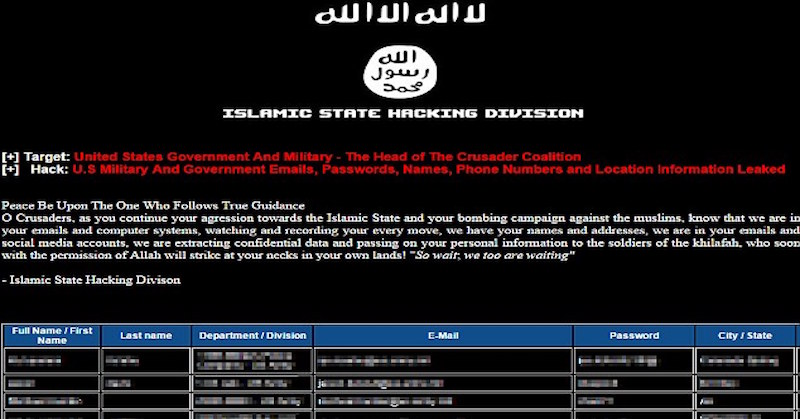 For some insane reason, the FBI decided not to inform thousands of American citizens that they were on an ISIS “Kill List.”

The secret list was uncovered recently, and despite the names of more than 15,000 Americans, they – nor local law enforcement were ever notified. The list is of U.S. citizens that the Islamic State would like to see killed by “sleeper cells” or “lone wolves” in New York, Texas, Florida and California.

Circa News obtained copies of some of the secret lists and made calls to some of the Americans who appeared on them.

In Texas alone, Circa identified 22 people in a sampling of 24 names who did not receive any notification that they were in ISIS’s crosshairs. It also identified two local police departments whose citizens were on the list that also got no alert from the FBI.

“I was terrified. We live in a different world and the Jewish community is a number one target of these radicals,” said a woman in Austin who found out from Circa that she and several of her friends in the Jewish community were on a list. The woman agreed to be interviewed only on condition of anonymity, fearing using her name would only increase her risk.

The FBI has said they intend to notify all Americans threatened by ISIS and to “work with their local police departments,” but evidence suggests otherwise.

FBI officials said they are confident most American on the lists were alerted in some manner but it was possible some people may have fallen through the cracks. They stressed to date no one on the list has actually been attacked.

“The FBI routinely notifies individuals and organizations of potential threat information. We perform these notifications so potential victims are aware of possible threats and take appropriate steps,” the bureau said. “Those measures may include paying close attention to your surroundings at all times, protecting personally identifiable information, and immediately calling the local authorities if you observe something suspicious. The FBI will continue to work closely with federal, state, and local partners to keep the public informed of potential threats.”

Some of the Americans on the list reported getting a call from their local police department, but only told there was a “credible threat” on their life.

One woman, an Army wife, told Circa that the Army contacted her May 12, but only said the threat existed.

“I had no idea I was on an ISIS hit list until you called me,” the woman said, referring to a telephone call Circa made in early June to her residence.

“It all made sense to me after you called. The Army didn’t give me any detailed information. I didn’t even get advice on how to protect myself but I took my own precautions, which included removing a lot of information from social media sites, changing my driving patterns and keeping my doors and windows locked,” she explained.

Chad Jenkins, a former FBI counterterrorism agent who now runs his own security firm, said he was flabbergasted by the lack of notification from his old agency.

“If we aren’t notifying private citizens that is a disservice,” Jenkins said. “If we’re not then we need to be asking those questions as fellow Americans why that’s not being done right now, especially with the evolving threat that we have seen so recently from ISIS-inspired and ISIS themselves here in America.”