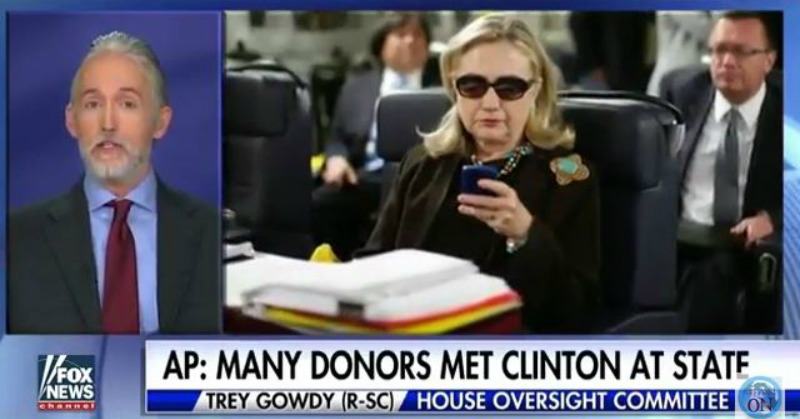 According to Gowdy, Clinton used BleachBit, a program that is used to delete all traces of files in order to delete emails that she claimed were “personal.”

“Beyond simply deleting files, BleachBit includes advanced features such as shredding files to prevent recovery, wiping free disk space to hide traces of files deleted by other applications, and vacuuming Firefox to make it faster.”

As Gowdy discusses in the clip below, if they were “personal” why would she need to go to such extreme measures?

“If she considered them to be personal, then she and her lawyers had those emails deleted. They didn’t just push the delete button, they had them deleted where even God can’t read them.

“They were using something called BleachBit. You don’t use BleachBit for yoga emails.When you’re using BleachBit, it is something you really do not want the world to see.”

Gowdy went on to talk about the lack of Clinton Foundation emails among those revealed in the FBI investigation, leading to the question of whether or not Clinton deemed these as “personal.”

If Clinton classified foundation emails as “personal,” it’s highly likely that her lawyers — who were inexplicably allowed by the State Department to parse through the emails (including classified information) to decide which ones they considered to be “personal”  — deleted many emails relating to the Clinton Foundation.

As we know now, Clinton saw no issue intermingling activities between the State Department and the Clinton Foundation. We also know that this happened frequently, so the lack of Foundation emails included in the FBI investigation is highly suspicious.

If there was nothing to hide, why go to such measures to make sure they aren’t retrievable?

Clinton’s yoga schedule and Chelsea’s wedding plans several years ago were so sensitive that they needed to be obliterated from the record?

What’s more likely, of course, is that there is a great deal of information out there that Clinton does not want the public to see – which is likely the reason why Clinton used private servers in the first place.

Clinton claimed she did what she did out of “convenience” and that’s probably true – the convenience with which to hide her nefarious activities from the public. ­