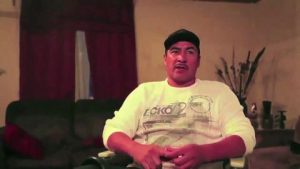 Jesus Castro Romo is half a million US dollars richer today, thanks to an Obama-appointed federal judge for the U.S. District Court of Arizona.

Castro was part of a group of illegal aliens that was stopped by Border Patrol agents and who had run away from the group in an effort to escape. He was chased down by Border Agent Abel Canales (on horseback) and eventually wound up being shot.

The judge says the stories of the two men are very much alike except for the part when Castro was shot. Canales says Castro picked up a rock and attempted to throw it at the agent and that he (Canales) perceived that action as a threat. Depending on the size of the rock and given that the agent was on horseback I tend to agree.

Judge James Soto, appointed to the bench by President Obama in December of 2013, ruled that because Agent Canales was later convicted of accepting a bribe from drug smugglers at a border crossing his testimony was “less credible” than that of a man who entered the United States illegally. “Being convicted of any crime for which dishonesty is a factor tends to undermine the reliability of a witness,” the judge wrote. “In this case, however, the conviction involved Canales’ work for the Border Patrol. Specifically, Canales had accepted a bribe from drug smugglers in exchange for allowing them to come through his inspection lane at a border patrol checkpoint.”

Perhaps I’m mistaken but doesn’t all crime, including entering into the country illegally, involve dishonesty? Which crimes are honest?

The judge also made it clear he didn’t think a rock was much of a threat compared to a gun. And in a normal circumstance, if you were facing each other on the street, I would tend to agree. (I wonder if he watched those videos of the protesters in Ferguson throwing 4 and 5 pound chunks of concrete at police officers?) But on horseback you would be very much vulnerable to a rock attack, and so would the horse.

Judge Soto awarded Castro $553,270.46 in economic and punative damages. He then determined that Castro was 10% responsible for what happened because he was in the country illegally so he took 10% of the award back. Really? Ten percent? It seems to me if Castro hadn’t been here the incident never would have happened. Doesn’t that put far more responsibility on him than a mere 10%?

Either way, Castro recovered from his injuries. And I’m guessing that $497,943.41 in U.S. dollars will help him recover his dignity.

It will likely make his illegal entry back into the country easier as well.