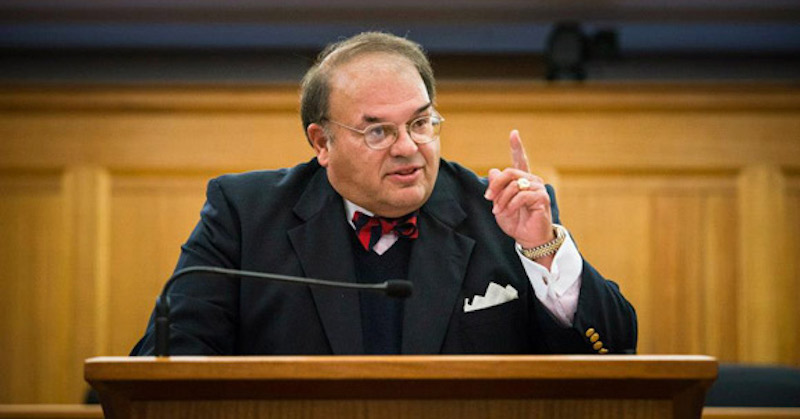 Good news for Americans who aren’t fans of fraud.

In a tongue-in-cheek ruling that mocked Obamacare, a federal judge said that requiring voters to show identification at the polls is perfectly constitutional.

D.C. Circuit Judge Richard J. Leon ruled that while it may be “inconvenient” to require proof of citizenship – and it may be a bit harder to get people to register to vote – it’s not “insurmountable” and it’s certainly harder than explaining ObamaCare, The Washington Times reports.

“The organizational plaintiffs and their members will undoubtedly have to expend some additional time and effort to help individuals,” Judge Leon wrote. “But let’s be candid: doing so pales in comparison to explaining to the average citizen how the [Affordable Care Act] or tax code works!”

The case is about three states specifically – Kansas, Alabama and Georgia – but the ruling could have wide impact as many states have been trying to clamp down on voter fraud.

The Obama Administration and the League of Women Voters have been trying to halt the practices of requiring identification at the polls, arguing that federal law doesn’t require a citizenship check when people register to vote and that these states were imposing an extra burden on voters.

But Judge Leon ruled the was no “real and irreparable harm,” so he rejected the Obama Administration’s claims.

The ruling is the latest in a years-long struggle by some states to combat potential voter fraud by insisting voters prove they are citizens. In one Kansas count alone, officials count 25 instances of non-citizens attempting to register to vote.

“This is a very real problem and the only way to solve the problem is to require proof of citizenship on the front end,” said Kris W. Kobach, Kansas’ secretary of state.

Voting rights groups dismiss those concerns, saying the bigger problem is barriers that prevent eligible voters from registering and showing up on Election Day. They and the Obama administration said requiring proof of citizenship adds to the burden, and said an oath affirming citizenship should be good enough.

Judge Leon has ruled against liberal groups and causes before – most notably striking down Washington D.C.’s concealed-carry law, so these voting rights groups knew they would likely lose – that’s why they pressured Leon to rule quickly so they could mount an appeal and a supposed victory in enough time to get people registered to vote for the November election.

At issue is voter fraud versus the right to vote. Conservatives contend that voter fraud is a much bigger problem than access to the ballot box, while liberals claim that millions of Americans are disenfranchised by requiring identification at the polls (which is inherently racist) – far worse than what they claim are only a few examples of voter fraud.