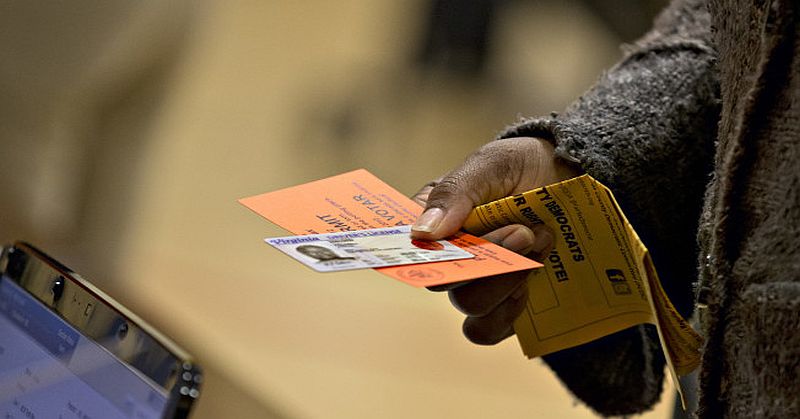 The state’s Democratic Party had challenged the law, signed by former Republican Governor Robert McDonnell, saying it was politically motivated and intended to deter young and minority voters from turning out on Election Day.

“The court’s mission is to judge not the wisdom of the Virginia voter ID law, but rather its constitutionality,” wrote U.S. District Judge Henry Hudson in his decision.

While he noted that the measure created an “inconvenience” for potential voters who did not have drivers’ licenses or other government-issued ID, he said that was not enough to strike it down.
“While the merits of this voter identification law, and indeed all aspects of Virginia’s voting regime, can be reasonably debated, it remains true that Virginia has created a scheme of laws to accommodate all people in their right to vote,” Hudson wrote.

Justice Hudson is right on with that last excerpt from the opinion. In the Commonwealth, one need not apply for a driver’s license to have a photo ID. The DMV will issue a plain state photo ID card with a filled-out application and the required proofs of residency.

The Virginia law represents not a move to suppress minority voters, but an attempt to ensure the integrity and accuracy of the voting process. Having legitimate requirements to prove that one is a registered voter is not an unreasonable request.

Hell, the Democrats always gripe about how “easy” it is for someone to get a gun, but then say that getting a photo ID card in order to prove one is who they say they are is oppressive. Ridiculous.

If Virginia Republicans actually wanted to suppress Democratic and minority voters, they really did a terrible job at it. The law does not ban Democrats from polling locations; it does not ban certain races from voting; it does not impose burdens on specific party affiliates nor people of minority races. No, all the law does is require ALL individuals in the Commonwealth who wish to vote prove that the vote is legitimately cast.