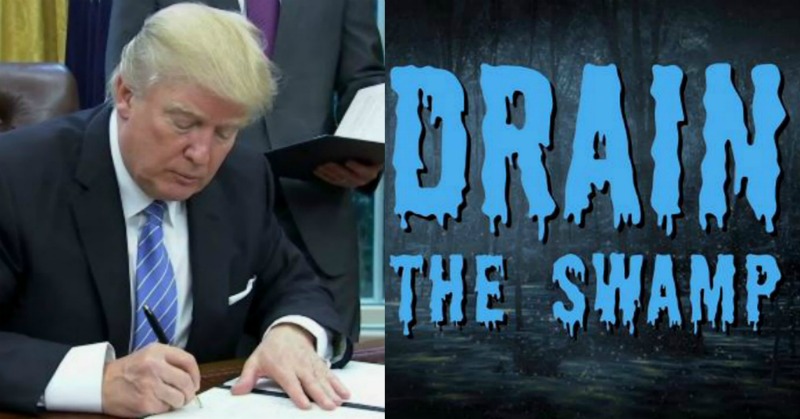 Federal employees blinded by bigotry, hate, and intolerance — a.k.a. the Leftist agenda — are reportedly spending their time finding ways to sneak around and work against President Donald Trump and the American people — a.k.a. their bosses. Encrypted messaging apps, new email addresses and various other protected options are reportedly being used to work against their employer without getting fired.

Whether inside the Environmental Protection Agency, within the Foreign Service, on the edges of the Labor Department or beyond, employees are using new technology as well as more old-fashioned approaches — such as private face-to-face meetings — to organize letters, talk strategy, or contact media outlets and other groups to express their dissent.

The goal is to get their message across while not violating any rules covering workplace communications, which can be monitored by the government and could potentially get them fired.

At the EPA, a small group of career employees — numbering less than a dozen so far — are using an encrypted messaging app to discuss what to do if Trump’s political appointees undermine their agency’s mission to protect public health and the environment, flout the law, or delete valuable scientific data that the agency has been collecting for years, sources told POLITICO.

Fearing for their jobs, the employees began communicating incognito using the app Signal shortly after Trump’s inauguration. Signal, like WhatsApp and other mobile phone software, encrypts all communications, making it more difficult for hackers to gain access to them.

One EPA employee even got a new, more secure cellphone, and another joked about getting a “burner phone.”

“I have no idea where this is going to go. I think we’re all just taking it one day at a time and respond in a way that seems appropriate and right,” one EPA employee working to thwart Trump told Politico, under the condition of anonymity.

The employee also explained to Politico that those involved in the effort are working to  “create a network across the agency” of individuals ready to sound the alarm should the Trump administration break the law.

Politico reported: “The federal employees interviewed for this story stressed that they see themselves as nonpartisan stewards of the government. But several also said they believe they have a duty to speak out if they feel a policy is undermining their mission.”

Nonpartisan, really? Did they pull stunts like this under the Obama administration? The entitlement shown is striking as who believe that “their mission” takes precedent — not the taxpayers that pay their salaries, nor the mission of their boss who those taxpayers elected.

That last sentence about “undermining their mission” illustrates the fact that this is absolutely partisan, and it is disgraceful.

“Quite a few federal employees seem to be looking for constructive ways to express discontent,” Steven Aftergood, who directs the Project on Government Secrecy at the Federation of American Scientists said. “Meanwhile, tension is still growing, not subsiding.”

If federal employees really feel that they cannot work with the president because they are that opposed to his agenda, perhaps they should start looking for new jobs.

That’s because Leftists have no decency. Forget even trying to see things from another perspective; that ship has sailed for Leftists. But now they are so entitled and entrenched in their belief that it is their way or the highway, and as such, that any opposition is the evil “other,” that they refuse to do what they should do if they can’t do their jobs — quit.

Instead, they show what the Left is — bigoted, hateful, intolerant, entitled, and utterly shameful.

By the way, is this the “peaceful transition of power” that the Left went on and on about when they thought Hillary Clinton was going to win? No, it most certainly isn’t, and in an effort to explain away their hypocrisy they have to turn the opposition into the evil other because otherwise, they show what they are — insufferable hypocrites.