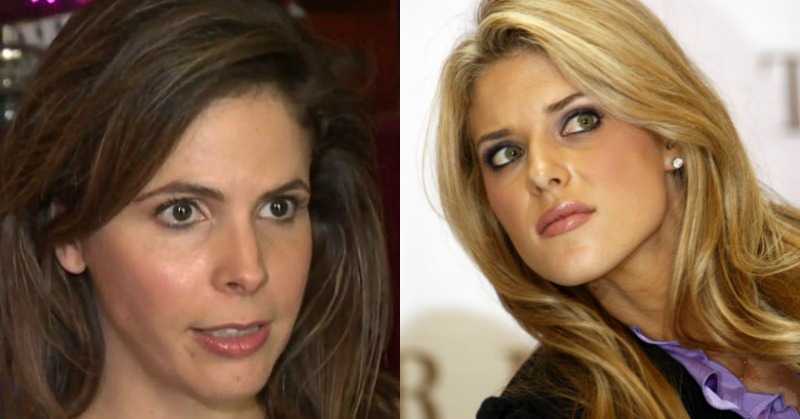 The Democrats, establishment Republicans, and the media are working feverishly to smear GOP presidential nominee Donald Trump any way that they can. One former pageant contestant alleged that Trump walked into the contestants’ dressing room but, according to another contestant, it’s a “disgusting accusation.”

Trump used to own the Miss Universe Organization and now, according to Miss Arizona USA 2001, Tasha Dixon, Trump walked into the contestants’ dressing area while they were getting changed.

“Our first introduction to him was when we were at the dress rehearsal and half naked changing into our bikinis,” Dixon alleged.

Ironically, if they were “half naked” they had more on than they do during the bikini segment of the beauty competition, so perhaps it’s a skosh hypocritical for Dixon to be crying about her modesty here…

Dixon continued, “To have the owner come waltzing in, when we’re naked, or half naked, in a very physically vulnerable position and then to have the pressure of the people that worked for him telling us to go fawn all over him, go walk up to him, talk to him, get his attention.”

According to Dixon, Trump bought the pageant “to utilize his power to get around beautiful women.” That’s quite a stretch, but what do you expect from a woman likely bought and paid for by the Clinton campaign?

“To paint Mr. Trump as someone who would purposely walk into a women’s dressing room and ask women to come impress him is the most disgusting accusation so far,” Boller said.

“Mr. Trump has empowered me as a woman, has given me career opportunities and defended me during my reign as Miss California USA,” Boller said, in reference to the media backlash against her when she answered a pageant question by saying “marriage should be between a man and a woman.”

Trump is being attacked from all sides and it is likely that more stories will continue to emerge. If the left can’t find enough dirt, they will simply make it up if they have to — which, according to Boller, may well be the case here.

This election is a fight between the people and the corrupt establishment. The establishment elites are going to do everything they can to knock Trump down and fracture his support, but those of us who know how destructive a Hillary Clinton presidency would be cannot allow media hacks to manipulate us — which is exactly what they’re trying to do.