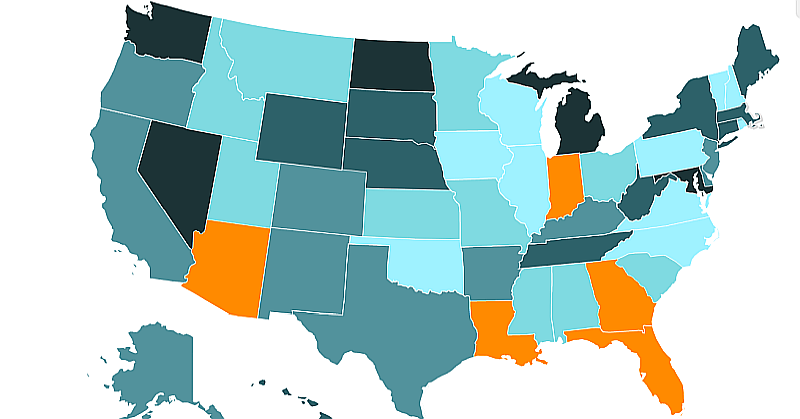 The libertarian think tank The Cato Institute periodically publishes a report assessing degrees of freedom for each state in the United States. This annual study is known as Freedom in the 50 States. The 2016 report was just released earlier this week, and we now have the chance to assess where each of the 50 states are in terms of liberty.

The study address many different areas of public policy. Cato rates each state for government interference in each of the following categories:

The ratings are calculated by weighing each public policy sector in a proportional manner.

Certain states are known for being freedom friendly, but now there are actual ratings from the renowned think tank showing us which states really are the most free.

So who takes the cake when it comes to freedom overall? Here’s the map: 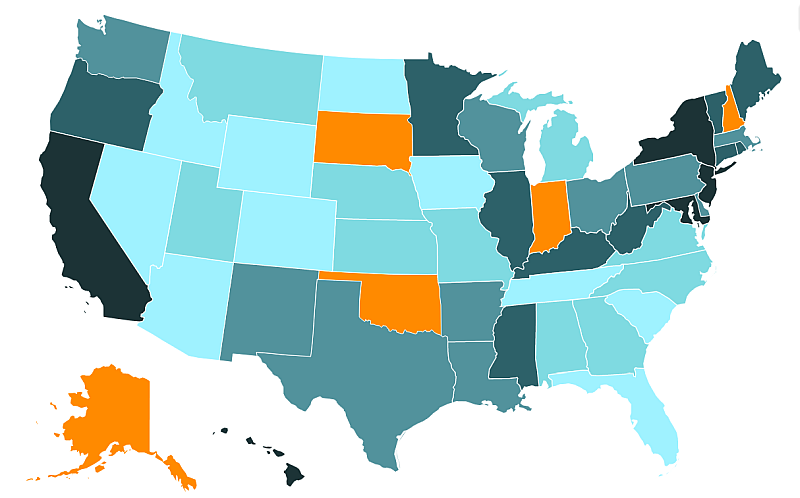 The top five states are as follows (the number indicates a place change since the last study:

The bottom five are as follows:

Now let’s get into some more details. How about when it comes to economic regulations? 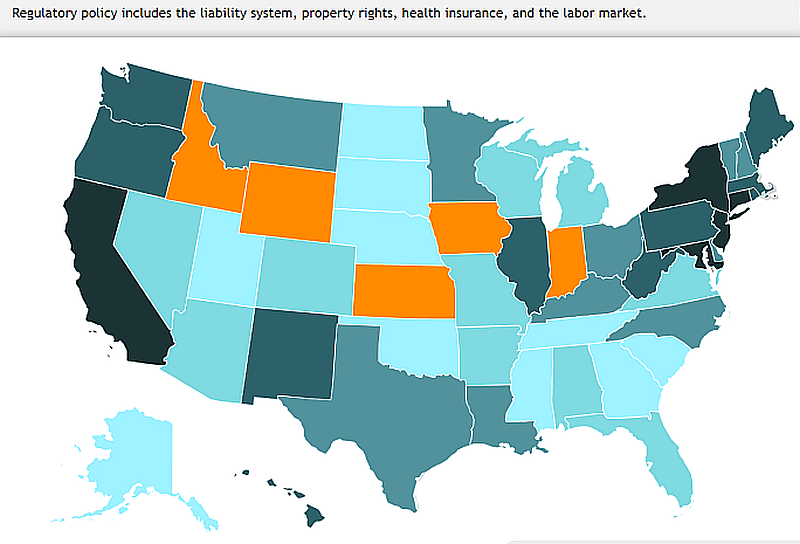 How about in education? 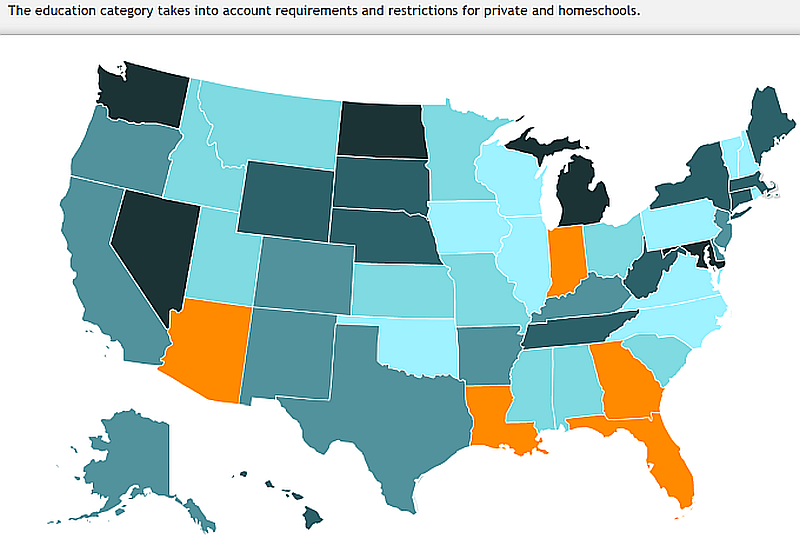 How about incarceration rates? This is an often overlooked area of public policy affecting freedom: 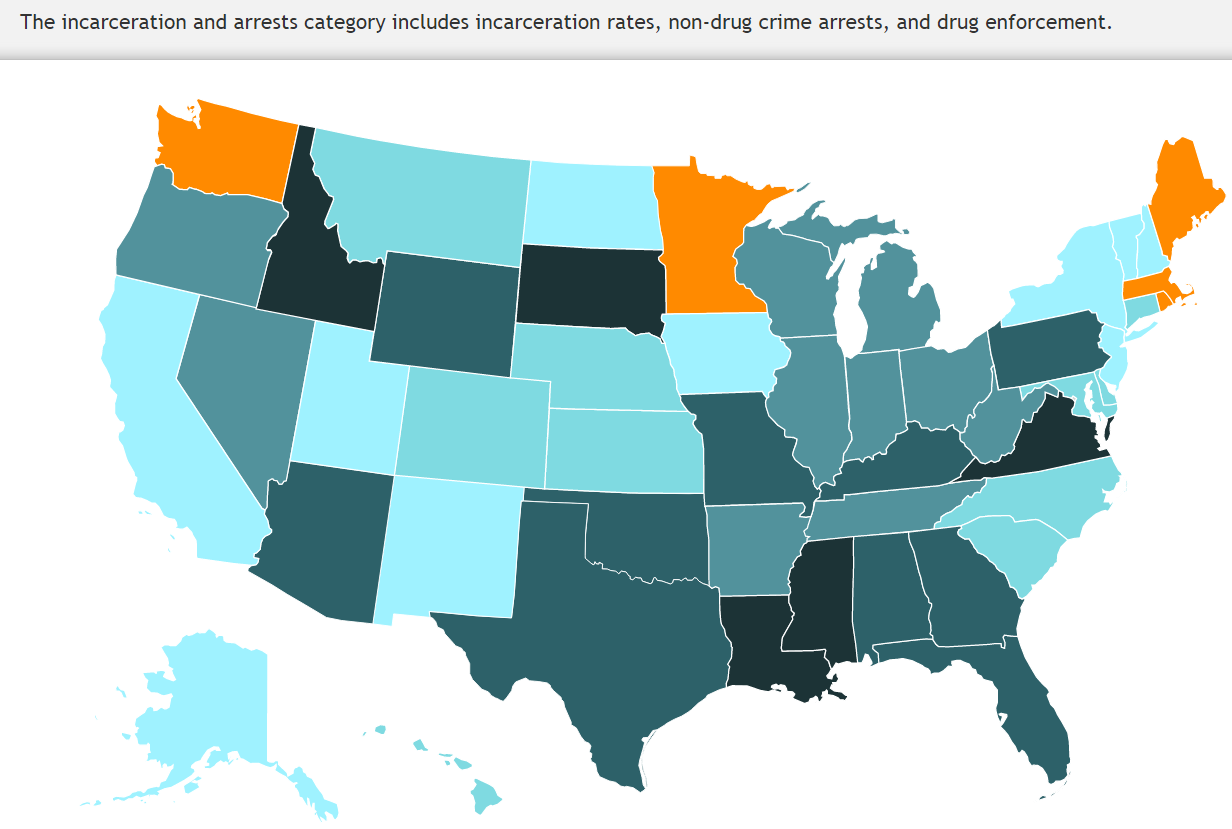 What about alcohol? Grab a shot, you might need something to relieve the shock when you see who’s in the top five: 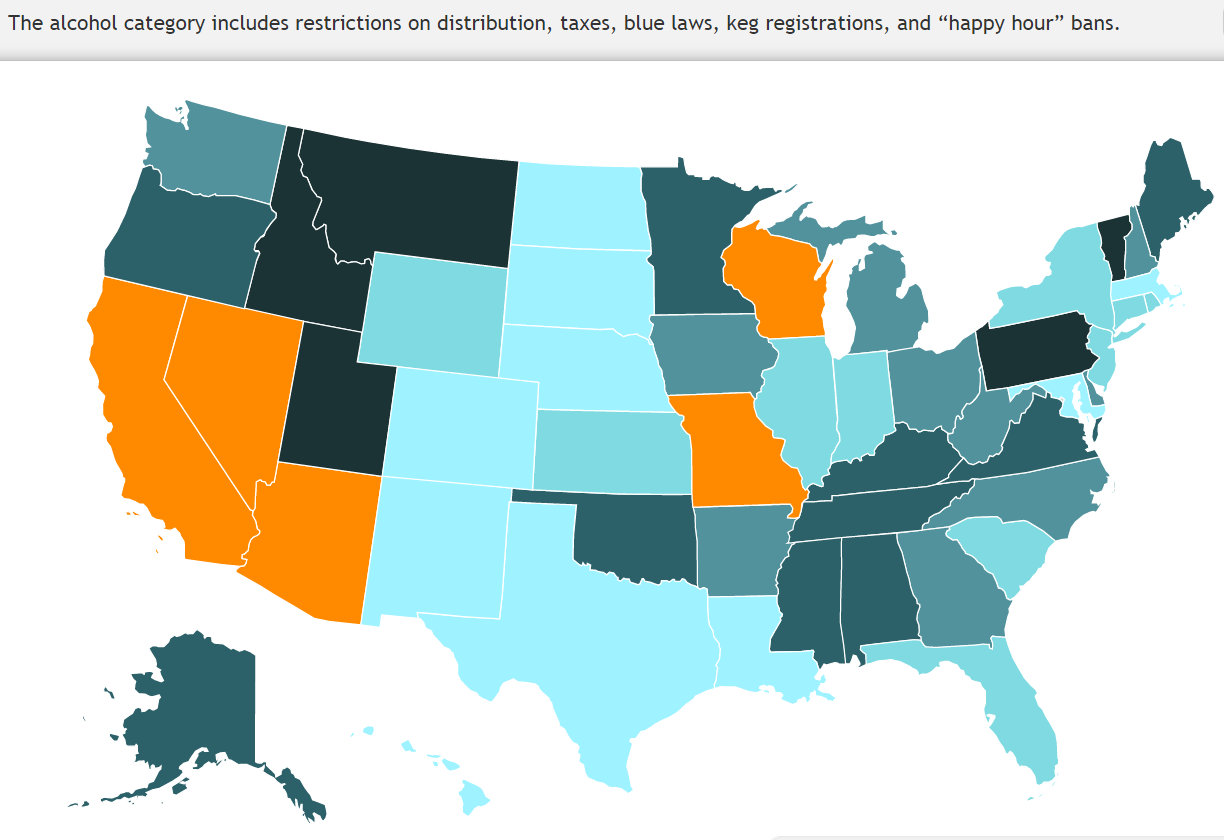 And everyone’s favorite: how does each state line up on gun rights? 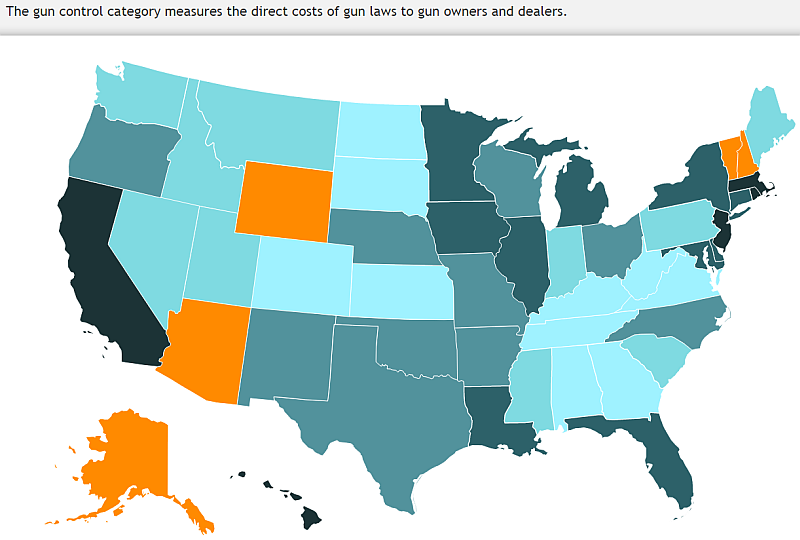 To read more details about a given state, look up the published study on the webpage, Freedom in the 50 States.

How about that? On the overall, the number do make sense. New Hampshire is often known for being a kind of libertarian paradise; there’s even an organization called the Free State Project, which encourages libertarians to move up to New Hampshire in search of a freer life.

Then all the way down at the bottom (not surprisingly) is New York. With taxes galore, infinite economic regulation, high taxes, draconian gun laws, and tons of regulation on tobacco (the case of Eric Garner is a direct result of extremist regulation of tobacco).

So for some states, there may be certain advantages in specific categories. But when choosing a state to live in, these ratings cannot be taken in isolation; they must be considered as a whole. What does a state look like on the aggregate, how free are the residents of that state overall?

No state is going to be perfect. There will always be some sort of issue plaguing a given state because that’s just the way that government works. However, each state represents a kind of experiment (so to speak). States can implement policies and other states can observe the effects. Bad policies will (hopefully) not be emulated by other states, and good policies (hopefully) will be adopted by others.

How does your state line up? What are some things you want to see changed in your state? Let us know in the comments!