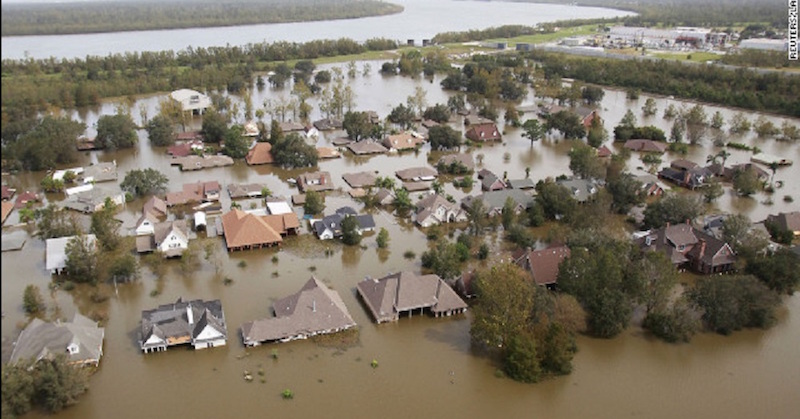 Maybe it’s all a bunch of nonsense designed to stir up racial hatred and animosity, while lining the pockets of agitators to the tune of millions of dollars.

Maybe – because that’s certainly what it looks like in Louisiana. While neighbors are helping neighbors, the separatist groups “Black Lives Matter” and the “New Black Panther Party” are nowhere to be found.

“All the drama that was going on with the Alton Sterling killing, they came out with guns ready to go to war. But here we go, all these people flooded out and truly in need of help and we can’t find not one of them,” Washington says.

“If y’all out there, where ya at? Where ya boats? Where ya money? Where ya food? Where ya services at? … Black Lives Matter: Obviously we must [not] matter too much, because I ain’t seen y’all yet, when we really need ya.”

BLM could afford it too. They recently got a$100 million donationfrom a bunch of leftist groups. With the millions they already had, they’re sitting on a war chest of $133 million. How much of that has gone to the victims of the flooding in Louisiana? None? I thought so.

Black Lives Matter only when it comes to rampaging the streets, calling police “pigs” assaulting civilians and sitting behind a teachers’ podium. When it comes to the hard work of putting a city back together or actually saving black lives, they’re busy counting their money and plotting another disruptive protest. 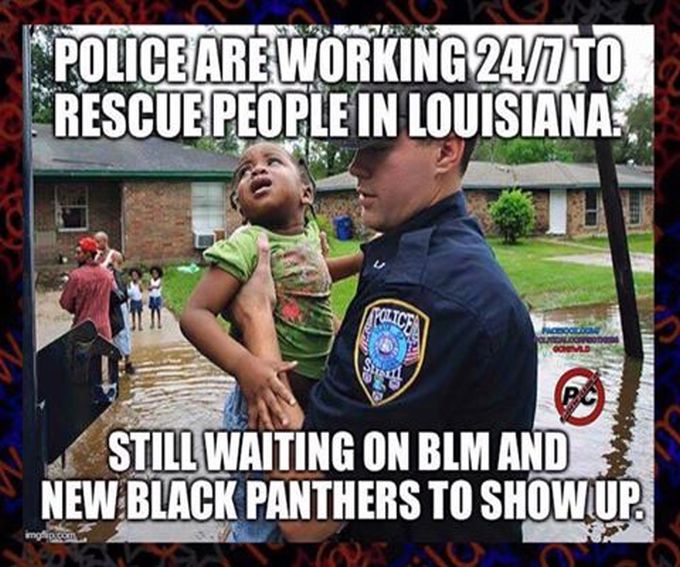