TMZ is reporting that Mr. Floyd had fentanyl in his system when he was killed, and died from a heart attack … according to the medical examiner. The medical examiner also found signs of recent methamphetamine use.

The Hennepin County Medical Examiner released its toxicology findings and say George died from cardiopulmonary arrest … which complicated law enforcement’s subdual, restraint and neck compression of him. That is critical, but the report also says this under “how the injury occurred” — it says George experienced “a cardiopulmonary arrest while being restrained by law enforcement.” 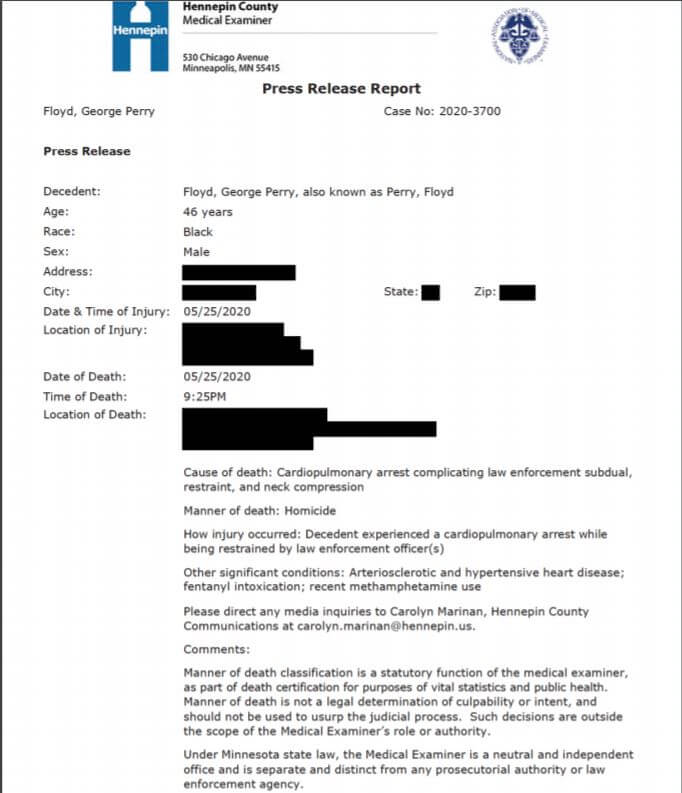 In other words … he suffered a heart attack while they were arresting him, and that complicated their efforts to subdue him.

So Mr. Floyd was apparently under the influence of hard drugs when he was arrested.

I’m not in any way condoning the ‘excessive’ use of force but merely presenting facts that the mainstream media won’t report.

So keep on rioting and destroying the lives of decent, hard working people by stealing all their property and burning down their businesses like a bunch of animals.

But I will warn you that our president is going to unleash hell on you scumbags.

As far as the peaceful protesters go, my advice is to say your piece and get the hell out of the ANTIFA war zones and go home.

Our condolences go out to the family and friends.

This first appeared on Right Wing Tribune and is used with permission.