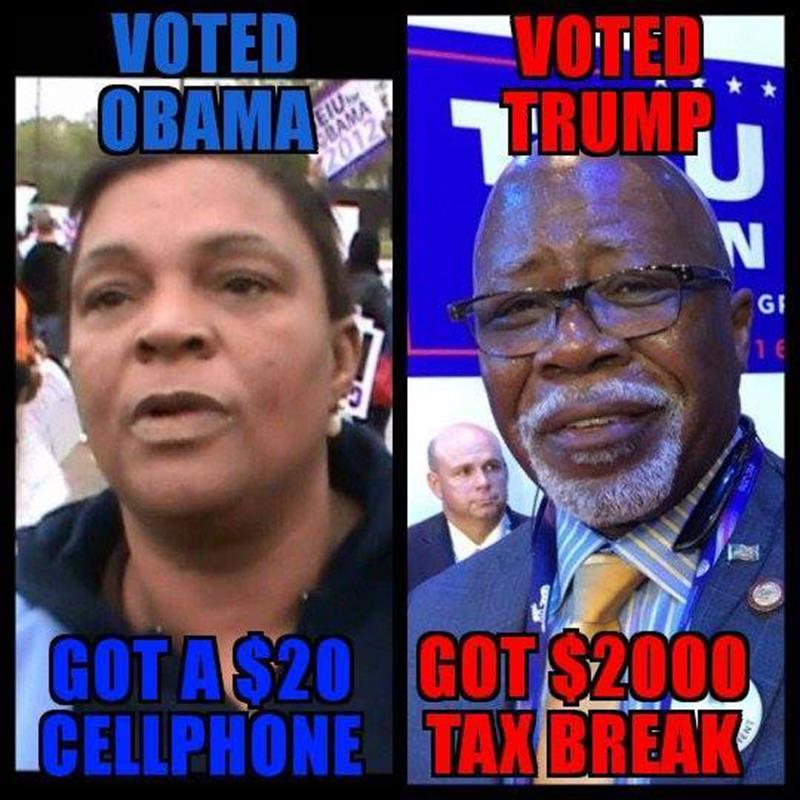 Personally we prefer Trump’s economy over one run by liberals:

While Most of USA’s Economy is Booming; Look What’s Happening in California — by Calvin Frieburger

As you know, the first year of Donald Trump’s presidency has already seen economic growth and more optimistic business forecasts, thanks to Trump’s slashing of federal regulations and widespread expectations of more pro-growth policies in the future, such as the tax reform package the Republican Congress just passed.

However, not all of America’s United States are feeling the boost of the Trump economy. The Political Calculations blog takes a look at the numbers and finds that California could well be in the midst of a recession.

According to data from the California Demographic Labor Force monthly reports, the Golden State’s labor force peaked in size in 2017, followed by decline, and that economic growth in the state this year has been stagnant. 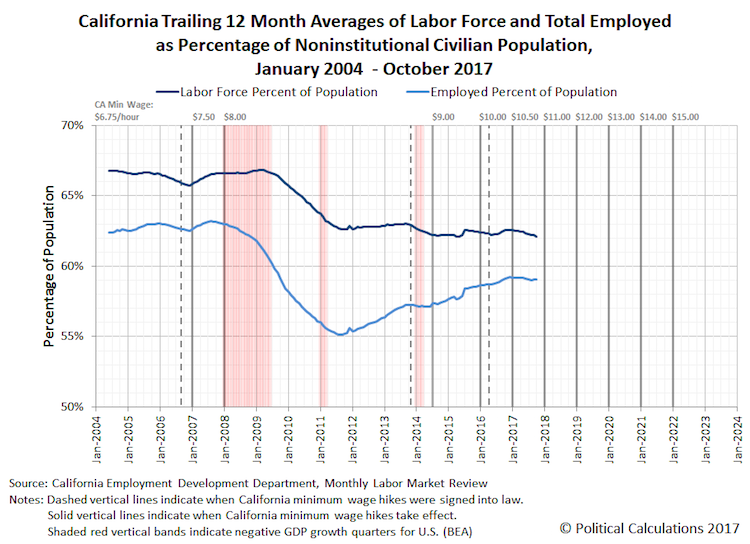 This all comes, Political Calculations notes, while the state’s left-wing Democrat Governor, Jerry Brown, has been attempting to prepare people’s expectations for an economic shock:

Brown attaches his admonishments to the budgets he proposes to the Legislature – the initial one in January and a revised version four months later.
Brown’s latest, issued last May, cited uncertainty about turmoil in the national government, urged legislators to “plan for and save for tougher budget times ahead,” and added:

“By the time the budget is enacted in June, the economy will have finished its eighth year of expansion – only two years shorter than the longest recovery since World War II. A recession at some point is inevitable.”

It’s certain that Brown will renew his warning next month. Implicitly, he may hope that the inevitable recession he envisions will occur once his final term as governor ends in January, 2019, because it would, his own financial advisers believe, have a devastating effect on the state budget.

That report goes on to note that all but one of the Golden State’s major business sectors, including manufacturing, “fell behind national trends in the second quarter,” with the information-technology industry based in Silicon Valley is the only sector still in good shape.

TFPP has covered the economic woes of America’s most hopelessly left-wing state often, and perhaps this flashback from this summer, to a comparison between America’s most liberal state and her most conservative one, will shed light on what’s really going on:

The latest statistics concern first-quarter economic growth this year. Texas’s economy proved be the fastest-growing. California’s? Not so much. Their growth ranked among the worst at 42nd place. That’s a 3.9 percent GDP real annual growth rate versus 0.1 percent […]

Of course, California’s economy is still easily America’s biggest at $2.67 trillion GDP, with Texas taking second place at $1.68 trillion. Being home to Hollywood and Silicon clearly helps make up for the deficiencies of their left-wing economic ideas. (In fairness, Texas’s oil also provide a built-in advantage.)