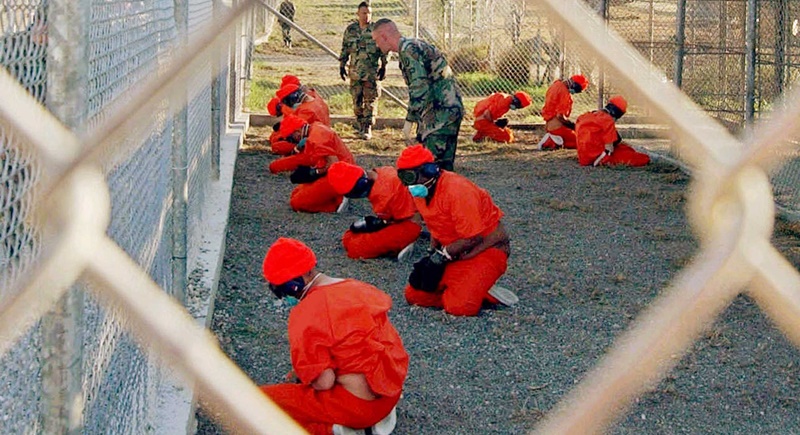 The President is in the final stages of putting his plan together to close GITMO. He thinks we’re long past the time to close the prison that he thinks is a international embarrassment to the US.

People like Moussa Zemouri who wrote a book titled Innocent at Guantanamo. He was released in 2005 by the Bush administration as the result of international pressure. Wrong place, wrong time.

Or maybe not. I thinkfor sure not.

Two former detainees at the Guantanamo Bay prison in Cuba were arrested by Belgian police in a counterterrorism operation targeting a recruiting network for al Qaeda in Syria.

They were arrested Wednesday night along with three others as they were about to break into a house to raise funds in the town of Hoboken, near Antwerp, a senior Belgian counterterrorism official told CNN.

“We have dismantled a serious recruiting network for Syria,” the official told CNN.

One of the arrested terrorists was Moussa Zemmouri, the author. There’s no word on whether his agent thinks the arrest will hurt his book sales. I’m guessing it will help sales if they spin the story right – “GITMO Prisoner Radicalized by US Army Prison.”

Sounds about right to me.

Let’s note, there’s not a “concern” about recidivism, there’s a certainty of it. As Blitzer notes, we release the most dangerous and they move right back into leadership. Just like our wayward author in today’s story.

Oh, and there’s the “Bergdahl Five,” reports indicate they are making up for lost time too.