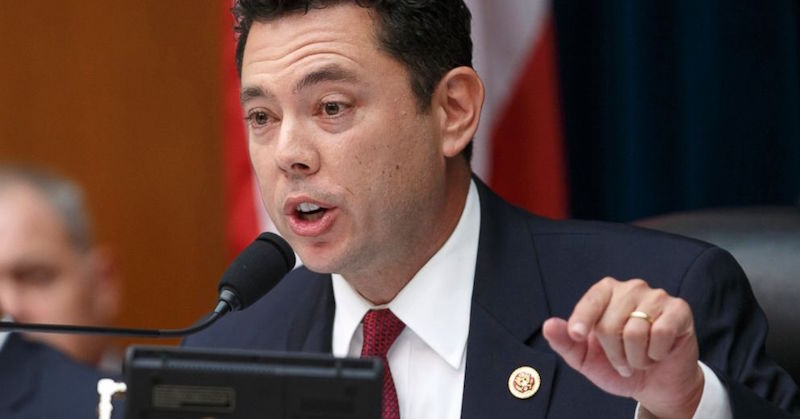 Calling them “Rambo,” a Republican Congressman is out to disarm federal land and forest service officials.

Utah Rep. Jason Chaffetz is sick and tired of Bureau of Land Management (BLM) agents and Forest Service armed to the teeth. It’s dangerous, unnecessary and sends the wrong message.

“These agents are more Rambo and less Andy Griffith than I would like,” he told the Deseret News Tuesday. So he wants to take away their guns and authority.

“Let’s not kid ourselves. The blood pressure is running high, especially in southern Utah, and I don’t want anyone to get killed,” Chaffetz said, adding his bill has the endorsement of his Utah colleagues in the House.

The Republican lawmaker said he also wants to issue subpoenas to the “out of control” federal agencies to find out why exactly they think they need submachine guns. He said he has asked them repeatedly with no satisfactory response.

“I want to know what kind of arsenal they have. I’m met with blank stares,” he said. “They’re wholly unresponsive. They don’t feel compelled to answer our letters.”

The relationship between federal agencies and local sheriffs in Utah has soured as tensions run high in the Intermountain West over grazing, land use rights and an overzealous federal government.

I think it will have some support among sheriffs and probably widespread support among rural sheriffs,” said Kane County Sheriff Tracy Glover.

Glover said he enjoys productive relationships with federal law enforcement, but agents’ duplication of local sheriff’s deputy duties has been a long-standing concern.

Over the years, Chaffetz said, the feds have become more and more uncooperative.

“The BLM is refusing to do any business in Utah,” he said, referencing canceled contracts. Yet if someone is lost or injured in a national forest or BLM-managed land, it is local deputies who respond and spend the resources, he said.

Chaffetz said it makes more sense to have elected county sheriffs with public accountability in charge of law enforcement functions in their own geographic areas.

“If it is really serious, you’re going to call the FBI anyway,” he said.

Glover said his county is 4,000 square miles and his agency has a lot less turnover than federal counterparts.

“Lastly, I think we are closest to the people. We’re the elected officials. We get the reports, we get the phone calls, we get the communication from our local residents,” he said.

Garfield County Sheriff Danny Perkins added there have been instances of federal law enforcement activity that have unfolded in his county unbeknownst to his deputies.

“We have had situations in my county where we have not been contacted and we should have been, and as a result, there were other crimes that were not taken care of when we had deputies in the area,” he said. “It is not like we don’t patrol these areas. It’s not like we are not there. And when crimes are not addressed, that is bothersome to me.”

The increasing militarization of certain federal agencies has caused political angst and rural pushback in Utah and other parts of the West, especially as public lands issues have become more heated.

In 2014, Rep. Chris Stewart, R-Utah, announced efforts to defund law enforcement functions of agencies that include the U.S. Environmental Protection Agency and the U.S. Department of Education.

Stewart said the armed teams of federal agencies are doing more harm than good and are unnecessary.

Both Chaffetz and Stewart say potentially volatile situations that merit law enforcement response are best left to the area’s local sheriff’s offices or police who are familiar with the topography and residents. If tensions continue to escalate — such as the armed ranchers’ occupation of a federal wildlife refuge in Oregon earlier this year — the FBI should be called in.

Perkins added that his office has cooperative relationships with other federal agencies, such as the Drug Enforcement Administration.

“I have our local DEA agents on speed dial and they are there to help us and respect us,” he said. “But it makes more sense to have local law enforcement in a county under the directive of the sheriff.”