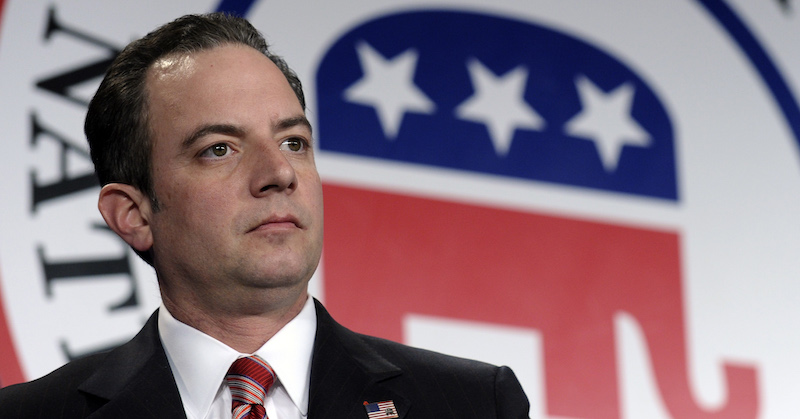 Republican Party officials have a plan.

A plan so sinister, so anti-democratic and so underhanded that it will destroy the fabric of the party itself.

What people aren’t told is that officially, voters don’t really choose the candidates in party primaries – the delegates do.

And while we’ve been led to believe that the delegates are bound to the results of a state primary, they’re not. Not really.

To prove it, look at Colorado or North Dakota or Wyoming. They don’t have a primary or a caucus. Party leaders from those states get together and simply decide who they want the delegates to support. There are 112 “unbound” delegates.

But if you think just because your state had a primary or a caucus that your delegates are bound to the results: Think again. At a contested convention, if nobody gets a majority after the first vote, then the delegates get to decide amongst themselves who wins. Not you.

Curly Haugland, a delegate from North Dakota, said the voters don’t pick the candidate – they do.

“The media has created the perception that the voters choose the nomination. That’s the conflict here,” he said on CNBC.

Listen to this interview – he even questions the purpose of having primaries and caucuses at all.

The host responded: “Then why even hold the primaries?”

“The rules haven’t kept up,” Haugland said. “The rules are still designed to have a political party choose its nominee at a convention. That’s just the way it is. I can’t help it. Don’t hate me because I love the rules.”

If the GOP race continues at the same pace, Trump would likely have a plurality (but not a majority)  of delegates. So far, he’s more than halfway to the 1,237 magic number.

Can you imagine what would happen if the millions of voters – who feel shafted by the Republican Party and are supporting Trump – get the biggest shaft of them all when their nominee – who got the most votes – loses out to another candidate?