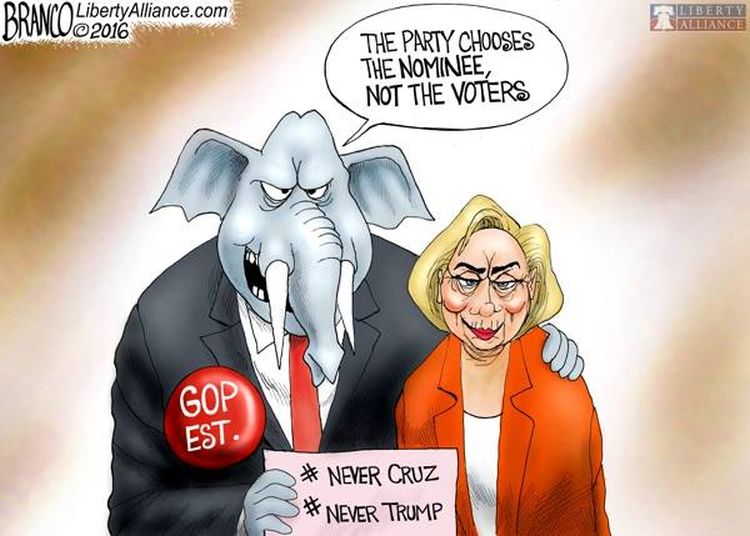 I don’t mean to alarm anyone, but the litany of voices in the “respectable” circles of the Republican Party and conservative commentariat wringing their hands over President Donald Trump’s breach of decorum this week just might not be 100% sincere and consistent.

Case in point: the Hill reports on a Thursday evening panel discussion from Don Lemon’s show on CNN, in which Republican strategist and notorious NeverTrump personality Rick Wilson got into a headed exchange with conservative talk radio host and Virginia Trump campaign co-chair John Fredericks, who had committed the unpardonable sin of not mindlessly conceding to the Left and the MSM’s latest decree that Trump’s “shithole” comments obviously prove he’s a frothing racist.

Here’s the video of the segment (in which Fredericks is of course outnumbered 4-to-1). The full video is about 15 minutes long; Fredericks starts talking at around 3:30.

Note well that almost as soon as Fredericks opens his mouth, slapping down Lemon’s “easy and lazy” smear that Trump’s a racist and calmly explaining that the issue is the living conditions of the countries in question, not the race of the countries’ inhabitants, Wilson started panting and animatedly moving his head around, like a man who has trouble keeping his emotions in check at the first hint that his positions aren’t being given the deference and respect he feels entitled to.

Amazingly, Fredericks only spoke for about thirty seconds before Lemon cut his audio and took him off the screen, pouting that his dishonesty had been called out on-air and slandering him as “making excuses for racism.” After several minutes of Lemon’s chorus of lemmings indulging in the same sanctimonious slander, Lemon brought back Fredericks, with a condescending “hopefully you’ve calmed down.”

Unfortunately, Fredericks did apologize to Lemon for personally insulting him. He may have considered it a necessary evil to remain on the air and convey his broader message about the controversy, but it’s manifestly true that Don Lemon is a lazy, dishonest smear-peddler, and I would argue that confronting him on air about it would have been a much more productive use of the airtime.

Moving on, it wasn’t long before Wilson went nuclear:

“You know what, John? I’m sure your ancestors here weren’t descended from the Mayflower in some cloud of heavenly light. I’m sure they came here from Ireland, Germany, Italy or somewhere else. You know what? Back then, they were the shithole people. Back then, they were the people who were looked down upon,” Wilson added before recommending that Fredericks “go on Amazon, order yourself a pointy white hat, head down to Home Depot and get the wood to build a burning cross.”

Fredericks responded by citing the economics of immigration.

“Well, it’s about economics, Rick. You can throw all the insults you want, and I appreciate it,” Fredericks said before being interrupted by Wilson.

“No, John. You don’t appreciate it. You’re a weak, impotent person who can’t handle the fact that there are people who don’t look like you, who want to come to this country because our system is awesome,” Wilson said. “You hate that, you hate it so much, because you’re so weak inside.”

“That’s your substantive argument to me, Rick Wilson?” Fredericks asked.

“John, I will gut you like a fish on this show if you want to keep this up,” Wilson declared […]

[Fredericks responded] “Let me respond with a substantial answer. You can insult me all you want, go ahead and do what you can — tweet it out for your 500 followers. Here’s the bottom line: This is not about race. The president said for two years he is going to curtail immigration into this country, which drives down wages for the American worker.”

And yet, I somehow missed the NeverTrump crowd, from National Review to RedState to the Weekly Standard to the various center-right personalities in good standing on the cable news circuit calling out Wilson for debasing the conservative movement, despite routinely complaining about Trump, Steve Bannon, and various others for exactly that.