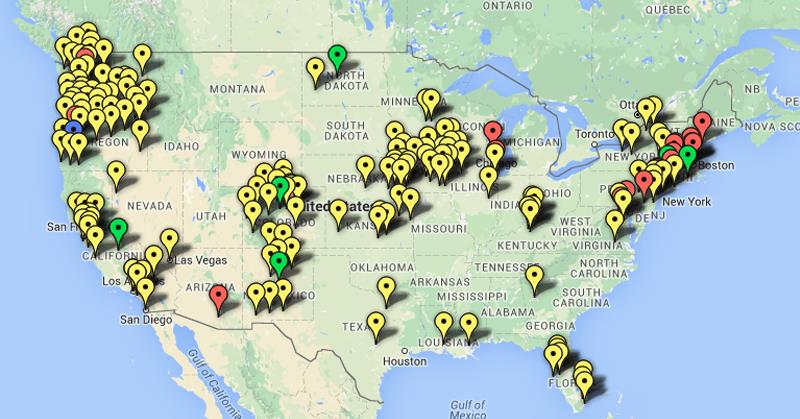 Lawmakers in Republican-controlled states are moving to prevent any “sanctuary city” nonsense within their borders.

The move coincides with President Donald Trump’s executive order blocking federal funding to any city that refuses to comply with U.S. immigration authorities.

Officially, local law enforcement are not required to comply with “hold” requests from Immigration and Customs enforcement. Those in favor of “sanctuary cities” say it builds trust between the community and law enforcement. Immigrants are more likely to report crime and interact with cops if they don’t fear deportation or questioning.

The new laws in these states would withhold state grant money to the jurisdictions if they don’t comply with federal law.

Some of the new proposals go further by holding local officials accountable for their city’s actions. In Ohio, a proposal backed by state Treasurer Josh Mandel (R) — who is challenging Sen. Sherrod Brown (D) in 2018 — would charge officials with a fourth-degree felony, punishable by up to 18 months in prison, if an undocumented immigrant is charged with a crime.

The Texas state Senate passed a measure Wednesday to block state funding to sanctuary cities. The measure moves to the state House of Representatives and if passed would go before Gov. Greg Abbott for approval.

“What he’s doing is a great idea. We need to protect Americans, we need to protect Tennesseans,” state Sen. Mark Green (R), author of his state’s version of the sanctuary city ban, said in an interview with The Hill. “We’re going to take it a step further and enhance what the president is doing and take state dollars from cities that decide, because they want to, to ignore ICE detainers.”