Watch as New York Governor Andrew Cuomo goes on a rant against Sen. Scott and Sen. McConnell claiming it is “un-American not to bail out the states.

CUOMO: The ‘Wall Street Journal,’ [is] not exactly a liberal publication. It makes the point that on the economy, cuts to employment and spending likely to weigh on growth for years. So, even if you believe the rhetoric, we’re about reopening, we’re about getting the economy back, great!

Then if that’s what you believe, you would provide funding to the state and local governments. The Federal Reserve chairman, Powell, very smart man, respected on both sides of the aisle, said, ‘We have evidence of the global financial crisis in years afterward where state and local government layoffs and lack of hiring weighed on economic growth.’

We want to reopen the economy! We want to get this national economy better than ever! Fine! Then act accordingly and act appropriately.

This hyperpartisan Washington environment is toxic for this country! You have people saying, ‘Well, we don’t want to pass a bill that helps Democratic states. It would be a blue-state bailout,’ is what some have said.

Senator McConnell stopping ‘blue-state bailouts.’ Senator Scott, ‘We’re supposed to go bail them out? That’s not right.’ On Fox TV, Laffer, ‘You want us to give our money to Cuomo and New Yorkers? Hello, not this week.’

There is a financial equation that is the federal government. If you want to ask what states give money to other states and what states take money from other states, that’s a question that Senator McConnell and Senator Scott and Mr. Laffer don’t really want to ask, because the truth is totally the opposite of what they’re saying.

You look at the states that give more money to the federal government than they get back — you know the top, what they call donor state? You know what one state pays in more to the pot than they take out of the federal pot than any other state in the United States?

It’s the state of New York. New York pays more every year, $29 billion more than they take back. You know the second state? New Jersey, Massachusetts, Connecticut, California. Every year, they contribute more to the federal pot.

Virginia, Maryland, Kentucky, Alabama, Florida. Those are the facts. Those are the numbers. The great irony is, the conservatives want to argue against redistribution of wealth.

Take from the rich, give to the poor. That’s redistribution. Yes, unless you’re the poor, Senator Mcconnell, Senator Scott, because you were the ones who have your hand out.

You’re the ones who are taking more than others. Redistribution. You’re against it, except when the richer states give you more money every year. And then the great hypocrisy — they actually made the redistribution worse when they passed three years ago a provision ending what’s called state and local tax deductibility.

That didn’t level the playing field. What they did was they took the states that were already paying more money into the federal government. Quote/unquote richer states. And they increased the money they were taking from the richer states.

They took another $23 billion from California, another $14 billion from New York, New Jersey, Massachusetts, Illinois, Connecticut. The hypocrisy is so insulting, because when you start to talk about numbers, there are still facts.

Stop abusing the states who bore the brunt of the Covid virus. Through no fault of their own!” 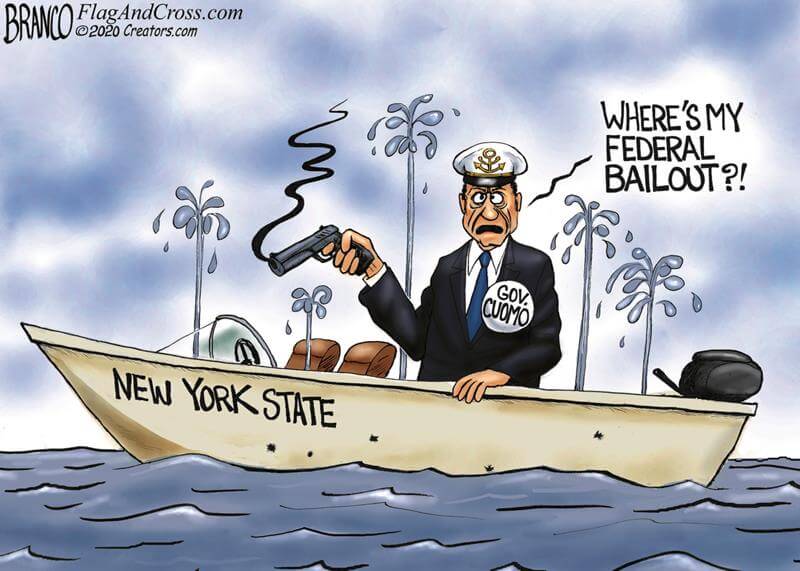 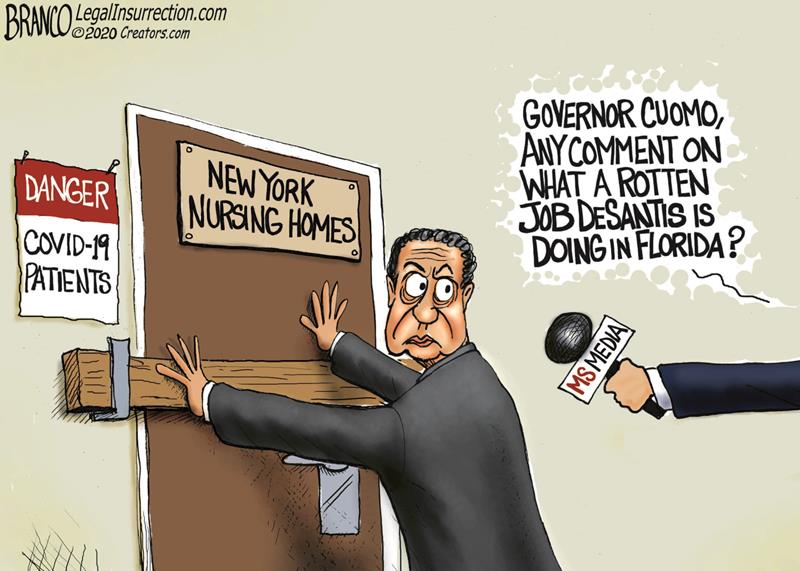 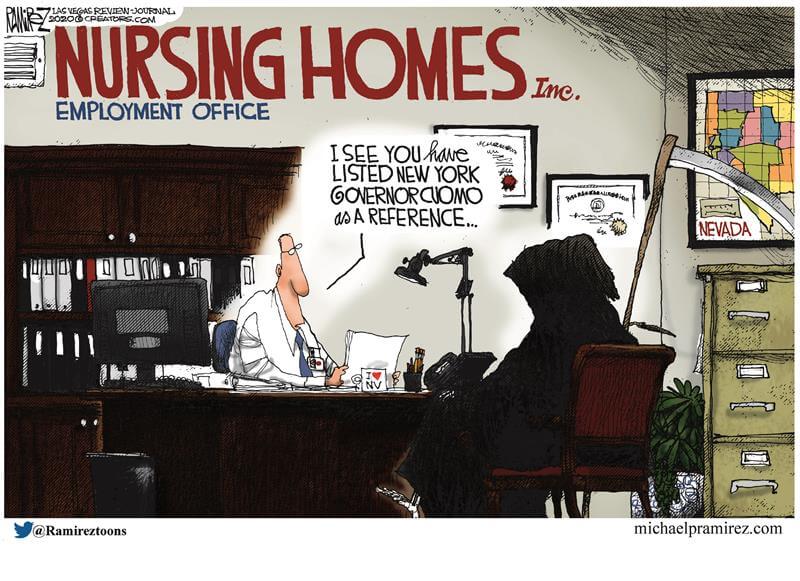 TFPP Clips
TFPP Clips is a curated collection of the most interesting and important video highlights of each day.
IDF Kills Militant Commander After Palestinian Rocket Fire, Top General Signals No End in Sight to Conflict
Biden Economic Adviser Says To Encourage People to Choose Work over Welfare, D.C. Should Offer Child Care
Dem AZ Senator Sinema Blasts Biden Administration Over It's Handling of the Border Crisis
George W. Bush Trashes Trump-Era GOP, Claims the Party is ‘Isolationist, Protectionist, and to a Certain Extent Nativist’
Watch: Three Months After Biden Canceled Keystone, Many Laid-Off Workers Are Still Struggling to Get By
See more...