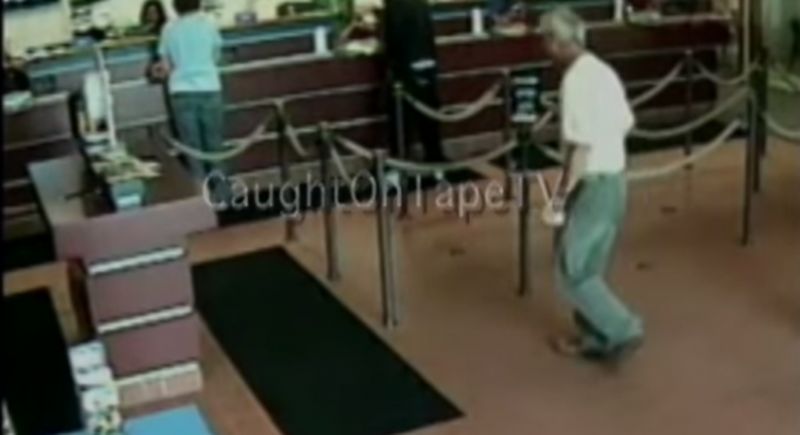 This story is a bit old, but it’s now making waves across the Internet.

Video footage captures a bank robber in action as he demands money from scared employees and customers. As he’s feverishly trying to wrap things up, an old man walks into the bank and sees exactly what’s going on.

He has the advantage since the punk is too busy collecting the stolen cash to take any notice of him. The old man awkwardly hops over some ropes in order to get at the robber from behind. It looks like he never even hesitates about doing what is right to take back control of the frightening situation.

That’s when he hits the robber from behind with full force, somehow managing to tackle him to the ground as a nearby customer hops up and down, smiling and clapping at what just suddenly happened.

Several other employees then swarm and help the old man finally subdue the much younger would-be bank robber.

The whole incident was caught on security camera.

Watch the video below (the old man enters at about the 50 second mark) and let us know what you think!