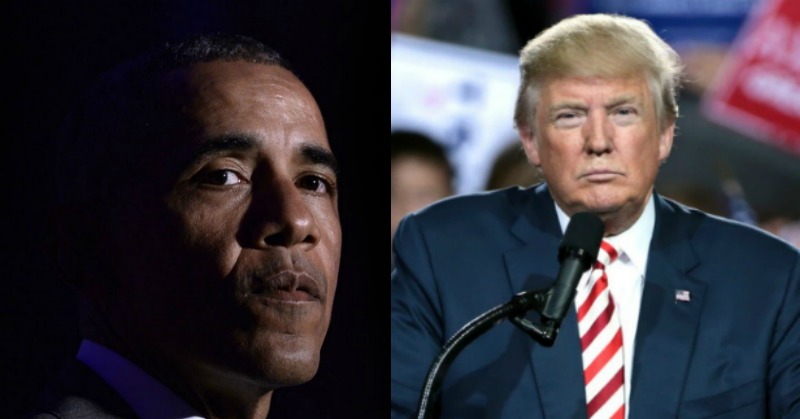 As part of the “peaceful transition of power” that the left regularly discussed the importance of when they thought Hillary Clinton was going to win the election, the Obama administration reportedly handed $400,000 to a group that promotes hate and the overthrow of President Donald Trump

A week before Barack Obama left the White House, the Department of Homeland Security gave a $400,000 grant to an organization whose leader has called for President Trump to be overthrown.

The department on Jan. 13 announced grants it was giving out as part of an effort to fight radical Islam. One of the groups to receive money was Life After Hate, which received $400,000, according to the Gateway Pundit.

The co-founder and chairman of the group is Christian Picciolini, who has implied on social media that Trump is a Nazi and called for his overthrow.

I am all too well aware of Bannon's white nationalist and fake news ties. This is pure DANGER.

Nice knowing ya. People like me, most journalists, POC, peace activists, cops & educators, wake up tomorrow with fresh targets on our backs.

Doesn’t look like a “peaceful transition of power,” does it? It’s also very instructive to take a look at how the right reacted to Obama’s election vs. how the left has reacted to Trump’s. Contrast the Tea Party movement with the left’s so-called “Antifa” movement.

Last night, we saw leftists riot at UC Berkeley and commit heinous acts of violence against Trump supporters as well as property damage — even reportedly against a Starbucks — in an effort to squelch the free speech of conservative commentator Milo Yiannopoulos.

Yeah, I don’t recall Tea Party activists behaving that way, yet the liberal mainstream media tried to smear them with anything they could pull out of the air, whereas they are framing the current violent leftist rioters as simply “protesters.”

As far as Picciolini goes, he calls himself a “reformed extremist” as a former skinhead, but the truth is that he’s just traded one form of hate for another.