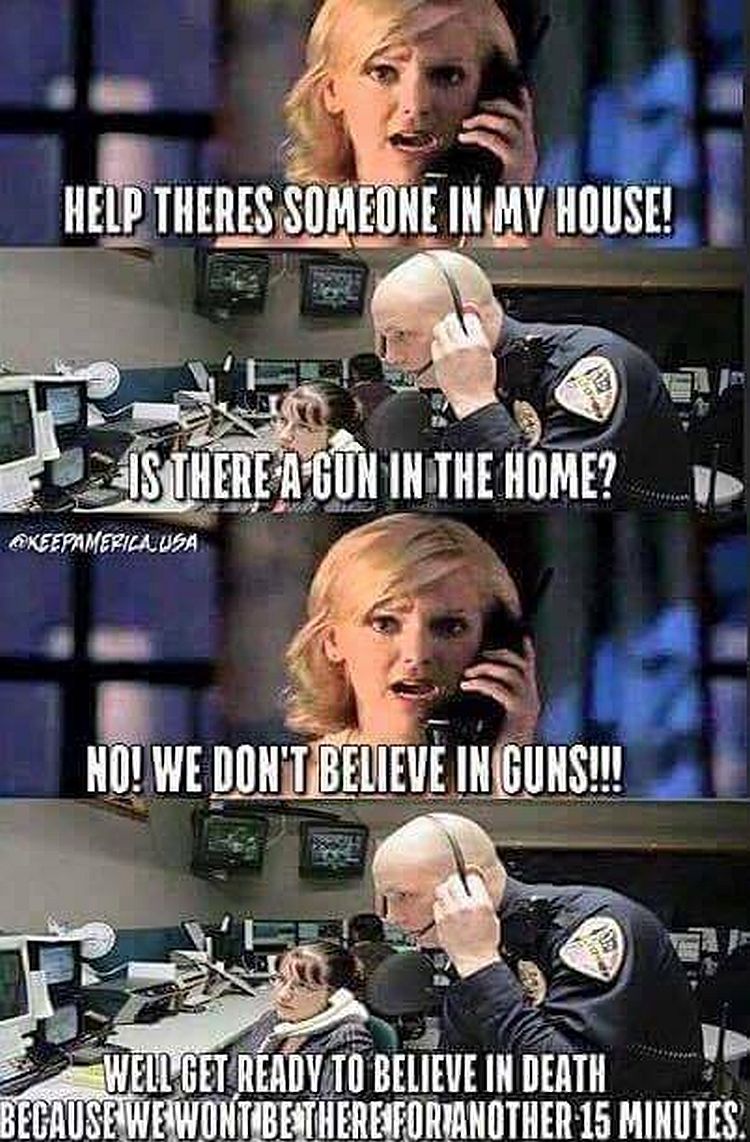 Kimberly Morin reports a supposed ‘reverend’ and professor at Chicago Theological Seminary who also blogs at HuffPo believes that Americans need to ‘atone for the sin of our completely out-of-control gun culture.

Yes, she really said that. For someone with so many degrees, the woman isn’t educated about statistics, violent crime, gun owners or Americans.

None of that matters. What matters is putting more gun control into place so law-abiding citizens have a more difficult time protecting themselves while enabling criminals to have a bigger selection of victims.

The mass shooting in Kalamazoo, Michigan that killed six and seriously wounded two others is the 42nd in 2016 according to the Washington Post on February 21, 2016.

Americans kill each other with guns well beyond these mass murders. The Gun Violence Archive lists 1,740 gun deaths and 3,396 injuries in 2016.

How much more blood needs to be shed for Americans to atone for the sin of our completely out-of-control gun culture? Yes, atone. Atonement means make right for something that is wrong.

I’ll tell you why we as a country need to atone, to make right a great wrong. We have failed to act to stem the tide of guns flowing through every American town and city, and with it, the spilling of blood. We are all, without exception, at least guilty of a callous disregard for the value of human life, if not actual greed in promoting the sale of guns, the distribution of guns and the sabotage of sensible gun legislation.

It’s IRONIC that this woman is a ‘Professor of Theology’ in Chicago. Chicago, the city that has some of the strictest gun control laws in the country yet some of the HIGHEST violent crime rates.

Of course, she’s also a big supporter of Planned Parenthood. You know, the organization that’s actually responsible for ENDING how many thousands of future human lives every year? Hypocrisy is thy name.

Aren’t religious people supposed to be HONEST? Or does that not count if you’re a of the left wing version?

Interesting thing – ‘mass killings’ were defined by a federal statute in 2012 as:

The Gun Violence archive that this hoplophobic reverend is using defines mass shootings as 3 or more injured. They don’t decipher between gang violence (the majority) or domestic cases where the shooting wasn’t random but was an act of violence against relatives or acquaintances. They also don’t identify acts of terrorism separately.

When this reverend says that 42 ‘mass shootings’ have occurred in the U.S. since January 1, she ignores all of the facts and stats surrounding these shootings in order to push a narrative that ‘guns are bad’ not the people who are using them to commit violent acts.

There are an estimated 90 million law-abiding gun owners in a country of around 330 million Americans. Somehow that .0002% of violent criminals are the responsibility of ALL of Americans.

No one celebrates acts of violence more than the left, especially if a firearm is used. These people continually blame ALL gun owners for the small number of violent criminals who commit crimes.

They never report on the thousands of times firearms are used in self defense every year (far more than used in crimes). It simply doesn’t fit their narrative.

There is no such thing as a ‘gun culture.’ This is another term made up by the gun control lobby. People who practice their fundamental human right to self defense are part of the every day culture that makes up America. It is a natural human reaction to protect oneself. It’s called self preservation.

Maybe she’s nothing but a reverend and professor of failed left wing ideology.