Kim Sinnott was still shaking ten hours after her confrontation with a man who tried to break into her parents’ home the night before.

Luckily, Sinnott had a gun and knew how to use it – possibly saving five lives in the process.

The Bloomington, Illinois, woman was visiting her parents’ home with her twin sister and 13 year old grand-daughter for their dad’s 75th birthday. That night, the security alarm went off. 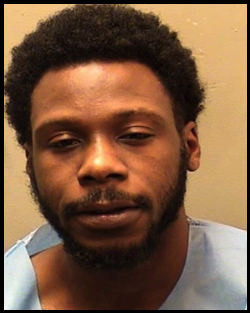 “About 1:30 a.m. the alarm went off in the house. We noticed the light on in the garage. We saw somebody walking in the garage,” Sinnott said.

Her mom handed over her dad’s .32-caliber handgun and her sister grabbed a pipe and they went down to investigate. They encountered 21-year-old Mykale B. Davis.

“I told him that I had a gun. I was standing there looking at him with the gun pointing at him,” Sinnott told The Pantagraph. “I told him a hundred times not to come out because I had a gun and that I would shoot and that we were waiting for the cops, that we had the cops on the line right now.”

Davis then lunged at Sinnott, tackling her and trying to wrestle her.

“When he grabbed me and pulled me down I was fearing for my life,” Sinnott said. “I shot him just for him to let me go. I don’t know if it was in the leg or in the foot. I was scared to death.”

Davis fled down the street where police caught up with him a short time later. He was taken to the hospital and treated with non-life-threatening injuries and charged with burglary and battery.

Police do not expect to file charges against Sinnott, as it seemed to be a clear-cut case of self defense.

Bloomington Police spokesman Elias Mendiola said this type of intruder shooting is rare in the city, as there have only been three in the last 10 years.

Sinnott said she was not injured, but was “still shook up because I had my granddaughter in (the house) with my parents. My folks aren’t doing too well. They’re elderly.”

The sisters were born and raised in the house where their parents still reside. Their parents added the alarm system after a previous burglary.

In this latest incident, the sisters said the intruder made himself at home, getting a soft drink out of the refrigerator in the garage.

“He was scoping out the tools, opened some doors and checking on his work bench,” said Lesher.

Sinnott said nothing like this has happened to her before, “and I hope it never happens again.”