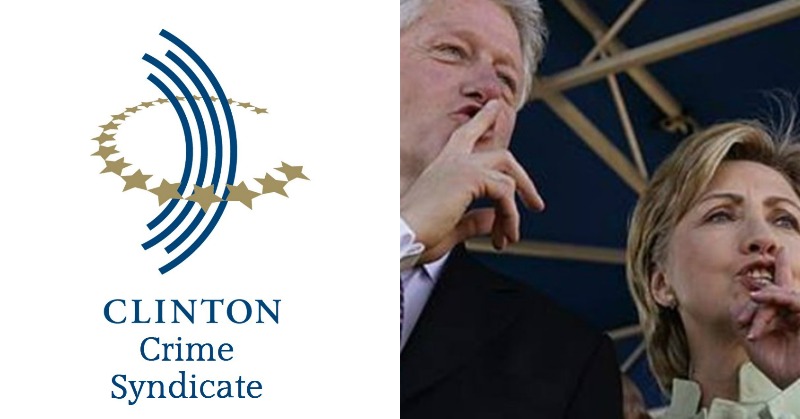 WikiLeaks has released thousands of emails hacked from the account of John Podesta, Hillary Clinton’s campaign chairman, that have lead to damning revelations about not just the campaign, but also the Clintons themselves.

Early on in the WikiLeaks releases, we learned of yet another example of how the Clinton Foundation’s so-called “good works” were predicated on massive donations.

Sheik Mohammed Hussein Ali Al-‘Amoudi, a Saudi Arabian and Ethiopian businessman with a net worth estimated at $8.3 billion by Forbes as of 2016, was a major donor to the Clinton Foundation, but that apparently wasn’t enough to motivate former President Bill Clinton to engage in the “good works” the foundation is supposed to be about. It was, however, very important for them to try and coerce more money out of the billionaire.

As a November 2011 email from Ira Magaziner, Vice Chairman and CEO of the Clinton Health Access Initiative, sent to John Podesta and Amitabh Desai, Director of Foreign Policy at the Clinton Foundation, revealed, the “CHAI [Clinton Health Access Initiative] would like to request that President Clinton call Sheik Mohammed to thank him for offering his plane to the conference in Ethiopia and expressing regrets that President Clinton’s schedule does not permit him to attend the conference.”

To this, the response by Desai was a simple one: “Unless Sheikh Mo has sent us a $6 million check, this sounds crazy to do.“

At this point, Doug Band, Bill Clinton’s former chief advisor and current president of the infamous Teneo Holding Doug Band, chimed in that it probably is a good idea: “If he doesn’t do it Chai will say he didn’t give the money bc of wjc” an assessment which John Podesta agreed with: “this seems rather easy and harmless and not a big time sink.”

The only missing link here was the memo that was referenced in the original email, but thanks to the latest Podesta release, the puzzle is complete.

The oh-so-generous Clinton Foundation was anything but. This isn’t a news flash, but the mounting evidence that keeps pouring in is confirmation.

Zero Hedge summed up the situation:

This memo provides valuable insight into just how the “charitable” Clinton Foundation truly operated: absent being made whole on millions of dollars in payments – by a donor who had already provided it with $6 million in the past –  the “so very concerned” about AIDS and African welfare Foundation, would not even bother to fly Bill Clinton for a 1-2 day trip – on someone else’s dime – to something as simple, yet noble, as a healthcare conference: precisely what the Foundation, and Bill Clinton’s presence, is supposed to represent and support.

It also shows that when the Foundation found itself in arrears to a prominent donor, it first and only concern was how to get paid; all else – up to and including doing the absolute minimum such as appearing for a good cause, was secondary and – as the memo documents – ultimately irrelevant unless Clinton and the CF were both generously compensated for their efforts.

And that, in a nutshell is what the “generous and charitable” Clinton foundation was all about: make sure to get the money, the rest simply did not matter.

That pretty much covers it. It isn’t bad enough that the Clintons are criminals, they also disgustingly hide behind a fraudulent “charitable foundation” to do it. It doesn’t get much lower than that.