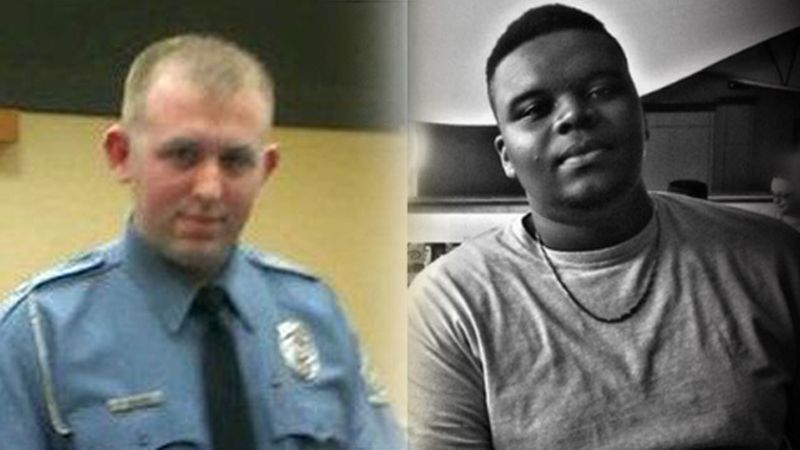 The internet hacker group LocalLeaks leaked a security document that obtained from ADM Global Security according to the Gateway Pundit.

The document gives the date and time of the Ferguson Grand Jury decision on Michael Brown’s shooting death – Monday at or after 2:00 PM CST. 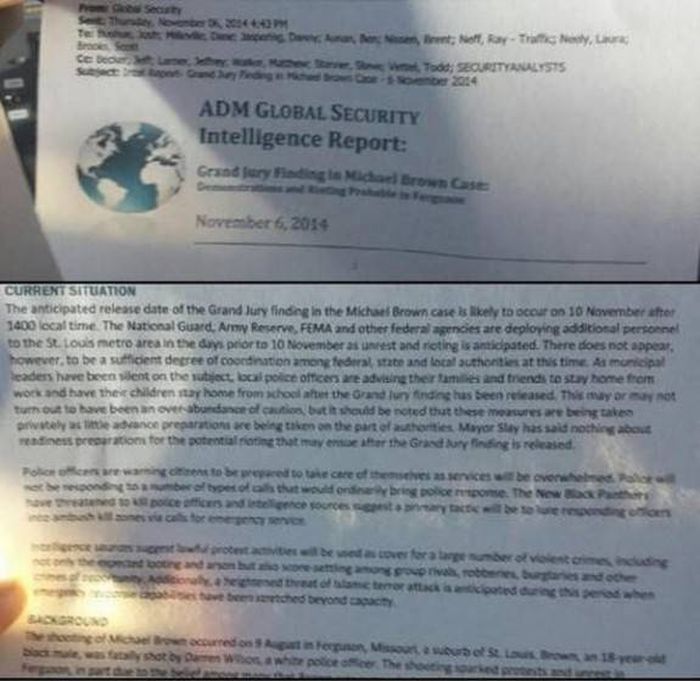 “The anticipated release date of the Grand Jury finding in the Michael Brown case is likely to occur on 10 November after 1400 local time. The National Guard, Army Reserve, FEMA and other federal agencies are deploying additional personnel to the St. Louis metro area in the days prior to 10 November as unrest and rioting is anticipated.”

ADM is an international security/mercenary firm on par with the infamous Black Water. The document just leaked is an internal intel report.

The most pertinent revelation in the document is that the Ferguson Grand Jury decision will be announced on Monday at or after 2:00 PM CT.

The most relevant part of the document is that the Ferguson Grand Jury decision will be announced on Monday at or after 2:00 PM CT.