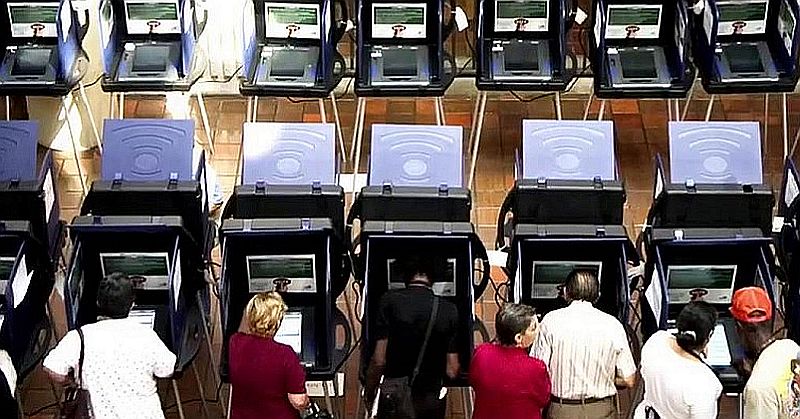 Fearing the entire election has been compromised by hackers, as many as one in five voters say they might stay home on Election Day.

A survey of 700 voters found that as many as 15 million may not show up at the polls on Nov. 8 because they think the entire process has been compromised.

More than half of voters – 56 percent – fear the election could be affected by a cybersecurity attack and 58 percent say they believe it’s “likely” that electronic voting machines could be hacked on Election Day.

Even more amazing, 38 percent believe their personal information is not secure when they go in to vote, The Washington Free Beacon is reporting.

The firm noted that there have never been indications of technology in previous elections being tampered with. Recent news events dealing with the hacking of the Democratic National Committee, Democratic Congressional Campaign Committee, and election databases may have increased these fears.

“With Election Day fast-approaching, we can work to mitigate the risks inherent in the current systems,” said Ben Johnson, the cofounder and chief security strategist for Carbon Black. “Beyond November, we suggest that states take a hard look at the systems they are using.  We hope they go back to the drawing board with security top of mind. We, of course, highly recommend that every eligible voter still vote and encourage the use of paper (or absentee) ballots whenever possible.”

This survey comes right after a report from the Institute for Critical Information Technology which wrote about how easy it would be to “hack” an election.

“To hack an election, the adversary does not need to exploit a national network of election technology,” the report states. “By focusing on the machines in swing regions of swing states, an election can be hacked without drawing considerable notice. Voter machines, technically, are so riddled with vulnerabilities that even an upstart script kiddie could wreak havoc on a regional election, a hacktivist group could easily exploit a state election, an APT could effortlessly exploit a national election and any corrupt element with nothing more than the ability to describe the desired outcome could order layers of exploits on any of the multitude of deep web forums and marketplaces. Yes, hacking elections is easy.”