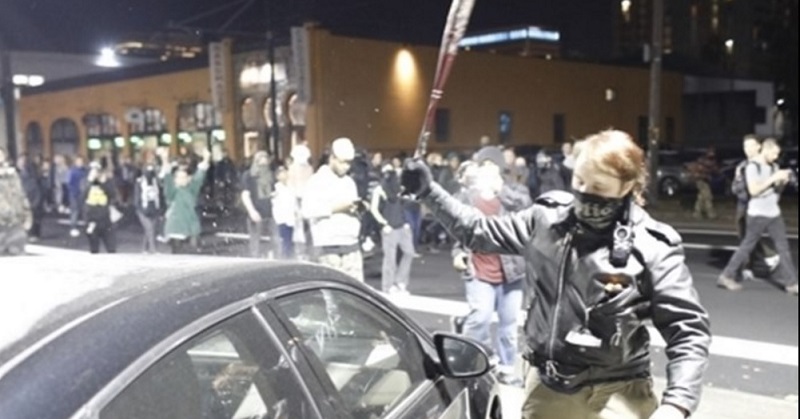 While protesters violently whine and moan across the country about the election of Donald Trump, it turns out their “action” didn’t really amount to more than sound and fury.

In Portland, more than half of the anti-Trump protesters arrested didn’t event vote, KGW.com is reporting.

Of the 112 people arrested by the Portland Police, at least 69 either didn’t turn in a ballot or weren’t even registered to vote in the state.

This is the kind of infantile attitude of the Left: They don’t even participate in the political process, but react like little children when things don’t go their way.

In court, the charges were dropped for most of the protesters. They were facing criminal charges of attempted assault of a police officer and disorderly conduct. Now, they will all just receive citations.

“Nearly all of those arrested over the past several days have received or will receive traffic citations for violating Oregon Revised Statute 811.535: failing to obey a police officer,” a statement from the county district attorney’s office read. “These citations will require a court appearance in approximately 30 days and carry a fine of up to $1,000.”

When this was announced, the courtroom – packed with the protesters – reacted with subdued smiles and chants of “yes!”

There are still ongoing investigations, however – of video and camera footage and if any serious violence was committed, officials said that some may face criminal charges at a later date.