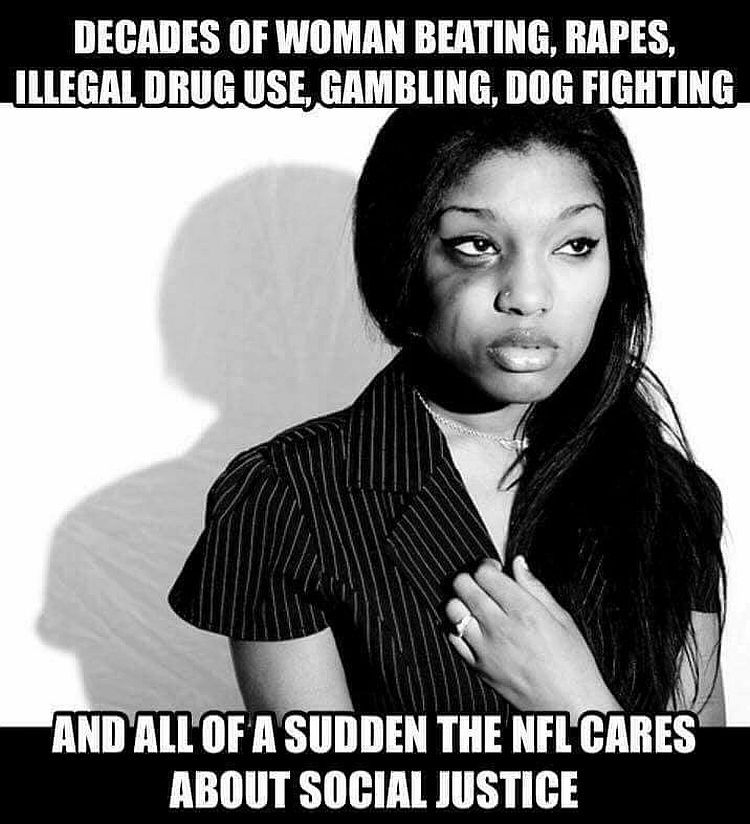 Regan Pifer writes that there are “rules” and then there are RULES.

The former, you know, are just sort-of suggestions.

We’d really like you to follow this policy, it is heavily suggested that you do…but, we won’t really do anything if you violate it. Have a nice day!

The latter, on the other hand, are carved-in-stone-tablets rules. You follow them. They’re enforced. Or…else!

But, for some individuals it doesn’t matter if the rules are “rules” or RULES.

They don’t follow any of them anyways. Take, for example, the National Football League.

As Joseph Curl of The Daily Wire writes, the NFL is “in a golden age right now: It’s been 23 days since one of its players has been arrested.”

Yup. You read that correctly, a whole 23 days!

The average time between arrests is just seven days, while the record without an arrest is slightly more than two months, at 65 days, according to NFLarrest.com, which “provides an interactive visualized database of National Football League player Arrests & Charges,” the site says.

The NFL virtually embraces players who abuse women. Take this report in the Chicago Tribune: “In the first round [of the 2017 draft], the Oakland Raiders drafted Gareon Conley, who has been accused of rape. In the second round, the Cincinnati Bengals selected Joe Mixon, who in a much-viewed video punches a woman so hard that she falls down unconscious. In the sixth round, the Cleveland Browns selected Caleb Brantley, who was accused of doing pretty much what Mixon did.”

Team with the most arrests? The Minnesota Vikings.

Rounding out the top five are the Denver Broncos, the Cincinnati Bengals, the Tennessee Titans, and the Jacksonville Jaguars.

From assault and battery to drugs to DUIs to domestic violence to disorderly conduct, players are subject to all sorts of charges.

But, DUIs, drugs, and domestic violence are at the very top of the list, and we have so many more weeks to go!

It’s pretty ironic that those who want to get on their moral high horse, raise awareness concerning police brutality, and crusade for their ‘rights’ are the same individuals who have absolutely no respect for the law or law enforcement.

It is pretty darn difficult to stand on any sort of moral ground and demand change from law enforcement when you don’t respect the law.

Maybe, just maybe, the players of the National Felon League aren’t the best to speak out and demand change.

Let’s make sure that those who exercise their “constitutional right” (as Goodell would say) to kneel are also held accountable for their actions off the field.

Who is with me?