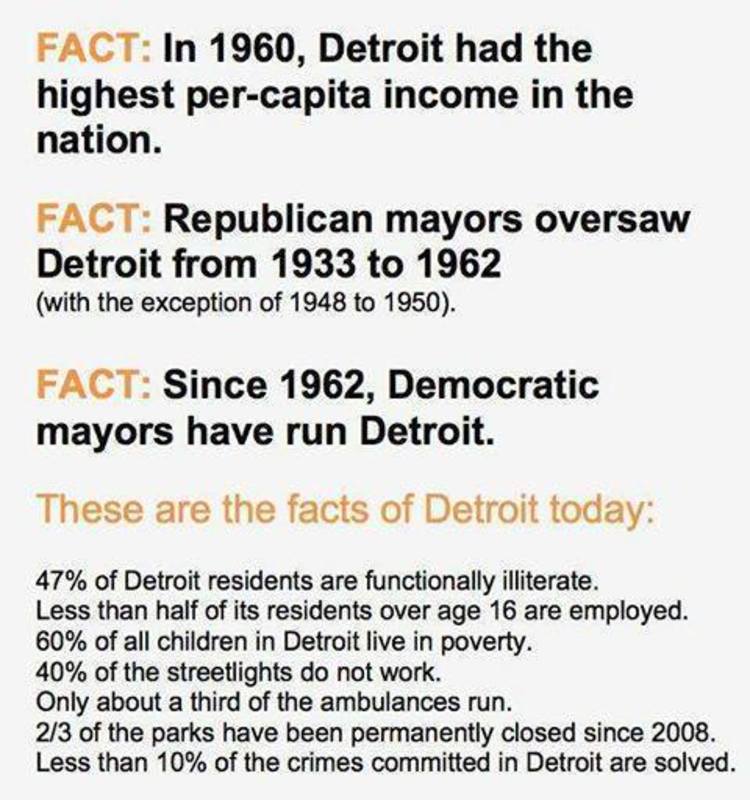 Pete Didonato reports that every major poverty center in America has been run by Democrats for generations:

Every major city in America which is a center of poverty is run by Democrats and has been under Democratic party control for a very long time. If those communities want to reverse their fortunes it’s time to stop voting for Democrats. 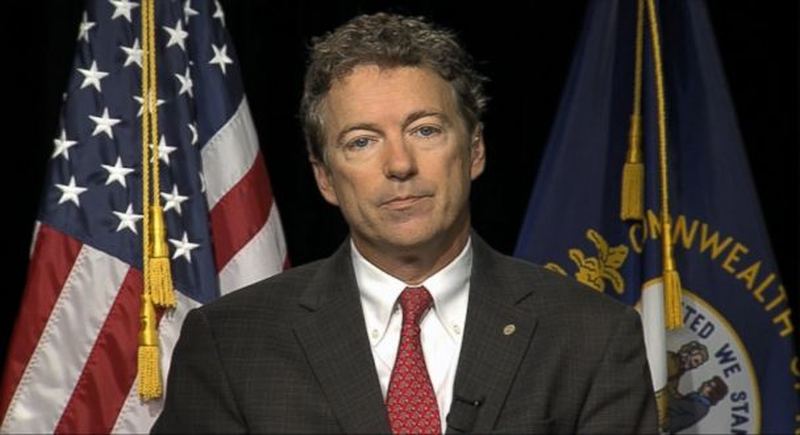 Via the Daily Caller:

Kentucky Sen. Rand Paul is urging middle- and working-class voters to give Republicans a chance to guide the economy.

The constituencies that voted for [President Obama] aren’t doing very well,” Sen. Paul said in an interview with St. Louis Public Radio. Income inequality is higher in states and cities with Democratic leadership, he explained, and “ridiculous” low interest rates held in place by the Federal Reserve in recent years have artificially boosted the stock market and hurt the ability of middle- and working-class Americans to save.

If you are unemployed or underemployed, maybe you need to look to other people and new policies,” Sen. Paul said. “Maybe you people need to give Republicans another chance if you want to improve the lot of people who are suffering.

In a recent interview Clinton labor secretary Robert Reich tried to blame Republicans for the increase in poverty since Obama took office.

Newt Gingrich called it “baloney” and fired back, “Every major city which is a center of poverty is run by Democrats”

The fact is democratic party policies OWN most poverty stricken areas throughout America, but the unfortunate truth is that the democratic party supporters have been in the bondage of denial for generations.

Although—it is unfortunate that the Republican Party has negotiated with democrats rather than stand up to democrats for several generations.

It was a great Republican Frederick Douglass who said in his speech Our Work is Not Done in December 1863:

Frederick Douglass fought for American Liberty and he knew that liberty was only secured when people were free to be responsible for themselves. The Republican Party was founded to oppose slavery, not partner with it by “compromising” for a middle way between economic freedom and economic collectivism.

The time for politeness has passed. Unless We the People in America—Republicans, Independents, Libertarians and newly enlightened democrats demand that there is no such animal as a fair share of labor taken forcibly by government in the name of supplying individual needs for others—this “different” and “new” slavery—-will empower the economic slavery of all races, creeds and colors and permit a government control over each citizens life, liberty, and pursuit of happiness…

…….this economic kind of slavery is very inclusive…it’s platform is based on the belief that all should be a slave working and living in servitude to the state.

Frederick Douglass would be saddened by Republicans “negotiating” away the fruits of labor that each American worker has earned in the name of “compromise” while being “political” in regards to the constituency it serves. There is no negotiating point with slavery, whether brutal, or economic. The fruits of labor belong to those who earn them.

Jefferson Davis sought to enslave one race brutally on cotton plantations while today’s politicians wish to enslave everyone “equally.”

The only taxes in America which are Constitutional are those which administer to publicly shared utilities. Any tax which takes the labor of all, some, or many and then is given to politicians for them to use and bribe others with, is theft and slavery. It is not benevolence. People came to America for freedom, not to be a burden on others or the slave to the needs of others.

Calling liberally stealing everyone’s money “liberal” “democratic” and or “progressive” is fraudulent. Meeting it half way in an attempt to “compromise” is just as fraudulent….it is neither conservative, libertarian, or moderate.

Those who support a “right” to access individual needs and services through government do not support liberty. Those who support a middle ground compromise between economic freedom and collectivism are just as guilty. These political platforms– which take monies from everyone’s labor in the desire to provide services for individual wants and needs has NOTHING to do with liberty and everything to do with collectivism.

The unfortunate tragedy is that for more than 100 years the Republican Party—which was founded to defend liberty has compromised itself by “negotiating” a middle ground with collectivism—and enabled a different kind of slavery to progressively take hold of much of America over many decades—–Economic slavery.

Slavery comes in two common forms—brutal and economic—OUR FOUNDERS SET INTO MOTION THE AMERICAN IDEA IN THE HOPES of ABOLISHING BOTH FORMS…..

It is time for all knowledgeable Americans to stop negotiating on Principles that formed American Liberty.

There is no middle ground between Freedom and slavery—or between economic freedom and collectivism.

Liberty comes only through economic freedom. All liberties depend on you managing yourself and the fruits of your own labor.

Any other belief than this is fraudulent in America.