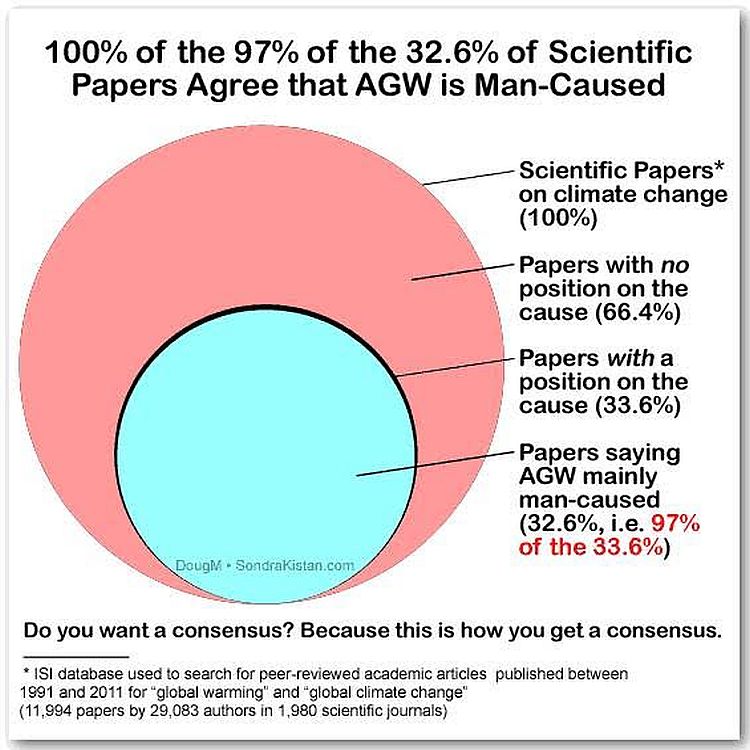 So much for science!

Based off of studies that are government funded, climate “scientists” tend to “find” results that confirm the notion of man-made climate change.

With these studies, governments then create climate treaties that establish more control over the economics of each respective nation.

Seth Connell reports that under the guise of protecting the environment, these climate changes treaties put in place new restrictions are placed on what countries and citizens can and cannot do.

Climate change deniers are ostracized, and targeted by federal and state officials, and they may even be threatened with prison for their views if this fascist nonsense is allowed to continue.

Such was the case with the Competitive Enterprise Institute earlier this month, when the think tank received a subpoena for casting doubt on the science behind an international climate change treaty.

CEI rightly cast doubt on the climate change narrative, because it truly was, is, and always will be a totalitarian scam. Its proponents obviously know this, otherwise they would not be attempting to silence those who bring about competing views that poke holes in the fallacious theories of climate change.

Now why exactly do they need to do this? If climate change is real, is man-made, and can be fixed by man, why do those who propagate the climate change narrative need to silence their opponents?

Because these proponents know that they are full of B.S., and they refuse to legitimately look at science from a non-totalitarian perspective.

There is one fact in particular that these totalitarians can’t explain, so they simply ignore it and pretend it doesn’t exist. This one fact is that the earth undergoes regular cycles of heating and cooling over periods of hundreds and thousands of years.

An increase or decrease in global temperatures is nothing new in this earth’s long history, and it is completely normal. Take a look at this chart published by The Daily Signal: So, let me get this straight: over a period of thousands of years, before the industrial revolution, earth’s average temperature has fluctuated a range of approximately 20 degrees Celsius on its own, but now all of a sudden the earth is about to end in a catastrophic tailspin caused by oil companies and coal mines?

Give me a break.

Now, don’t get me wrong, we should be good stewards of our environment, and we should take reasonable steps to make sure that the earth is taken care of. After all, it is our only habitable planet that is known to us.

However, this can be done without totalitarian schemes of economic destruction and suppression of opposing views.

Lands can be made into protected areas that are held solely for the purpose of environmental stewardship. But here’s the catch: it has to be done voluntarily, by individuals who purchase the land and will pour their own blood, sweat, and tears into taking care of a small plot of earth.

If liberals care so much about the environment, why are they so dependent on government coercion to enforce eco-friendliness? Perhaps they’re insincere, apathetic, lazy, or malicious; maybe even a combination of all four.