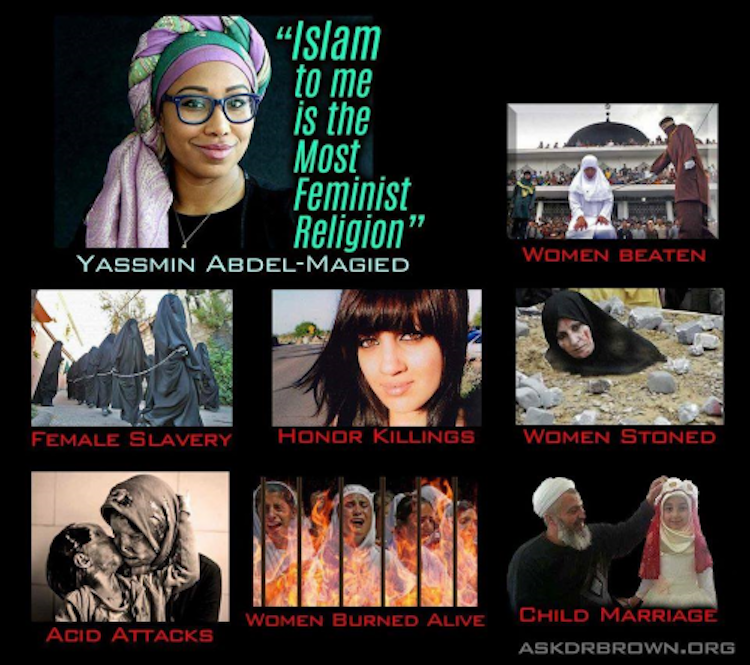 C.E. Dyer reports that Democrat presidential nominee Hillary Clinton’s top aide Huma Abedin is proven yet again to have ties to radical Islam…and the Clinton camp’s latest excuse for it is absolutely ridiculous.

The New York Post reported that for twelve years, Abedin edited a radical Muslim journal that blamed the U.S. for 9/11 and opposed women’s rights by (for example) blaming women for violence at the hands of their spouses, supporting Sharia law, and defending the indefensible and horrific practice of female genital mutilation.

Just hours after the Post broke the story, they reported that Clinton spokesman Nick Merrill said, “my understanding is that her name was simply listed on the masthead in that period,” and added that “She did not play a role in editing at the publication.”

Merrill said Abedin was just a figurehead and not actually on staff at the Saudi-based and -funded Journal of Minority Muslim Affairs, which featured radically anti-feminist views and backed strict Islamic laws roundly criticized for oppressing women.

A journalism major at George Washington University, Abedin, 40, was listed as “assistant editor” of the journal from 1996 to 2008, when her name was removed from the staff box and she went to work for Clinton at the State Department.

Her brother, who was an associate editor, and a sister, also employed as an assistant editor, are listed as staff members.

According to the Post, Merrill repeatedly refused to say whether or not Abedin was paid during her twelve years as an editor at the publication, or whether or not Clinton was aware of Abedin’s time there.

So if GOP presidential nominee Donald Trump has a first cousin’s uncle’s brother’s friend from high school that knows a guy who knows a guy that says something “offensive” he gets the blame for it, but Clinton has a top aide who edited a publication for twelve years that promotes Sharia law and violence against women (among other things), and that’s explained away by “no she didn’t.”

Her mother is still the editor-in-chief for crying out loud! Her siblings are still staff members.

Can you imagine if Trump had an aide who was “just a figurehead” with a white supremacy group? He certainly wouldn’t be running for president right now.

Clinton has the gall to use “I’m with Her” as a campaign slogan while her top aide, one who the Post reported is considered Clinton’s “second daughter,” after working for Clinton for twelve years (beginning as an intern of the then-First Lady) edited a publication that promotes the abuse of women and strict interpretation of barbaric Sharia law.

In this case, they just claim it never happened despite there being proof. Clinton will probably just say “what difference, at this point, does it make?” Because to Clinton if it doesn’t involve furthering her insatiable quest for power, it doesn’t matter — and as we’ve seen in the past, Clinton is above the law even when there’s ample proof.