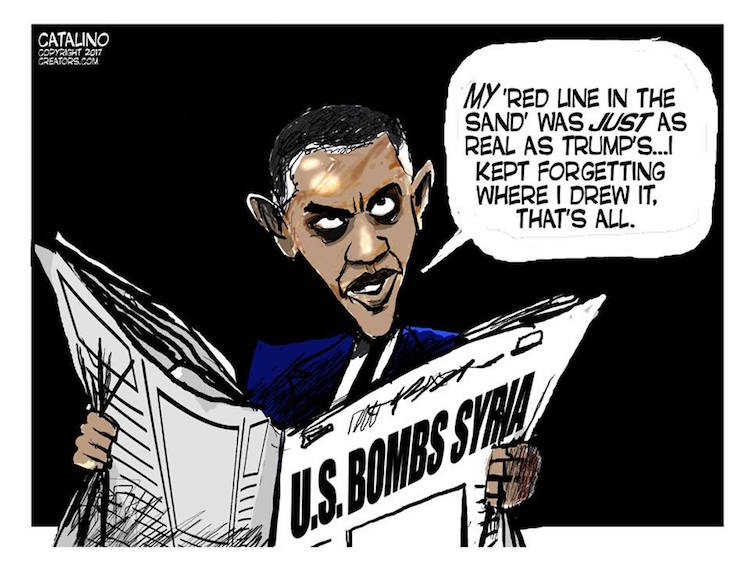 Regan Pifer reports that this week, President Assad attacked his own people with chemical weapons. In response the United States deployed missiles on a Syrian air base where the attack originated.

And what were those words? “God Bless the USA.”

According to The Salt Lake Tribune:

The Republican congressman — along with other members of the state’s all-GOP delegation — commended President Donald Trump for taking military action against the Middle Eastern country’s government, which launched a chemical weapons attack Tuesday that killed more than 80 of its civilians.

“The world should never tolerate the use of chemical weapons on anybody,” Chaffetz told The Salt Lake Tribune. “I’m proud of what the president did.”

Chaffetz continued by stating there is “always the potential for consequences” but “it would have been totally wrong to allow the use of chemical weapons without the United States answering back. It was absolutely the right choice.”

Chaffetz wasn’t alone. Republican Senator Orrin Hatch of Utah tweeted, “‘No child of God should ever suffer such horror.’ Amen.”

Both Republican congressman believed the attack would deter President Assad from inflicting further harm on the Syrian people.

While this will not end the harming of innocent Syrian civilians, House member Chris Stewart remarked, it will “damage Assad’s ability to launch attacks against his own people.”

Unlike Barack Obama, President Trump is willing to attack Syria.