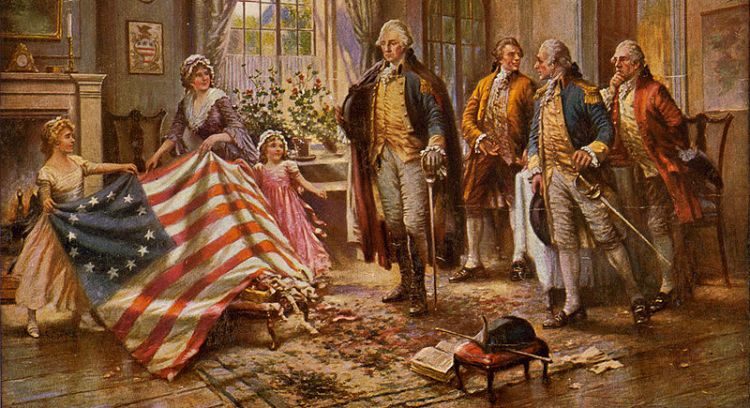 Here are 13 powerful quotes from presidents throughout American history:

1. George Washington – The time is now near at hand which must probably determine whether Americans are to be freemen or slaves; whether they are to have any property they can call their own; whether their houses and farms are to be pillaged and destroyed, and themselves consigned to a state of wretchedness from which no human efforts will deliver them. The fate of unborn millions will now depend, under God, on the courage and conduct of this army. Our cruel and unrelenting enemy leaves us only the choice of brave resistance, or the most abject submission. We have, therefore, to resolve to conquer or die. – Address to the Continental Army before the Battle of Long Island (27 August 1776).

2. Ronald Reagan: “Freedom is never more than one generation away from extinction. We didn’t pass it to our children in the bloodstream. It must be fought for, protected, and handed on for them to do the same, or one day we will spend our sunset years telling our children and our children’s children what it was once like in the United States where men were free.” 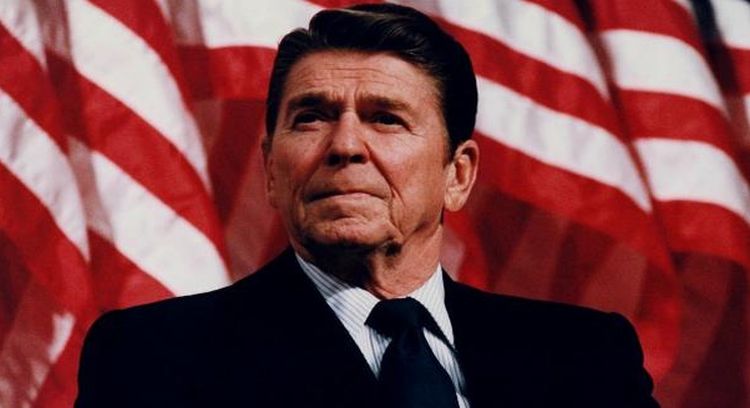 3. Calvin Coolidge: “In its main features the Declaration of Independence is a great spiritual document. It is a declaration not of material but of spiritual conceptions. Equality, liberty, popular sovereignty, the rights of man — these are not elements which we can see and touch. They are ideals. They have their source and their roots in the religious convictions. They belong to the unseen world. Unless the faith of the American people in these religious convictions is to endure, the principles of our Declaration will perish. We can not continue to enjoy the result if we neglect and abandon the cause. — Speech on the Anniversary of the Declaration of Independence (1926)

4. Thomas Jefferson: We hold these truths to be self-evident, that all men are created equal; that they are endowed by their Creator with inherent and inalienable Rights; that among these, are Life, Liberty, and the pursuit of Happiness; that to secure these rights, Governments are instituted among Men, deriving their just powers from the consent of the governed; that whenever any Form of Government becomes destructive of these ends, it is the Right of the people to alter or abolish it, and to institute new Government, laying its foundation on such principles, and organizing its powers in such form, as to them shall seem most likely to effect their Safety and Happiness. — Declaration of Independence

5. John Adams: “We have no government, armed with power, capable of contending with human passions, unbridled by morality and religion. Avarice, ambition, revenge and licentiousness would break the strongest cords of our Constitution, as a whale goes through a net. Our Constitution was made only for a moral and religious people. It is wholly inadequate to the government of any other.” 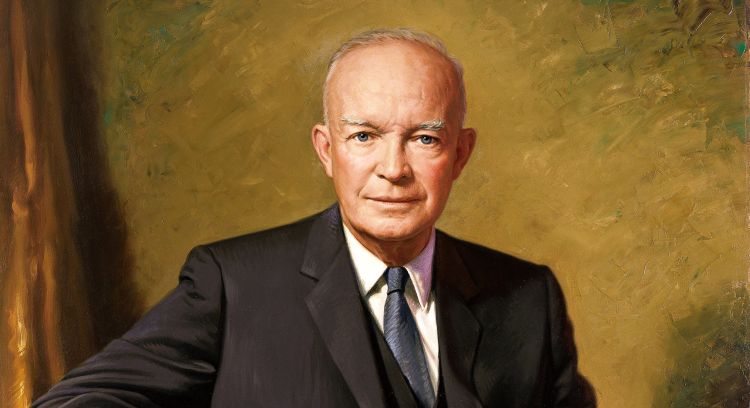 6. Dwight D. Eisenhower: “The true purpose of education is to prepare young men and women for effective citizenship in a free form of government.” – Speech at Williamsburg College (15 May 1953).

7. Grover Cleveland: “Officeholders are the agents of the people, not their masters. Not only is their time and labor due to the Government, but they should scrupulously avoid in their political action, as well as in the discharge of their official duty, offending by a display of obtrusive partisanship their neighbors who have relations with them as public officials. – Message to the heads of departments in the service of the US Government (14 July 1886).

8 John F. Kennedy: “I believe in an America where the free enterprise system flourishes for all other systems to see and admire – where no businessman lacks either competition or credit – and where no monopoly, no racketeer, no government bureaucracy can put him out of business that he built up with his own initiative. – “Speech by Senator John F. Kennedy, Convention Hall, Philadelphia, PA,” October 31, 1960. 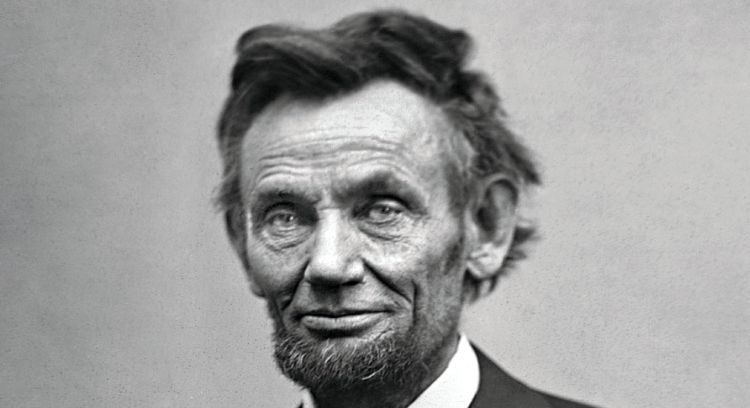 9. Abraham Lincoln: “All the armies of Europe, Asia and Africa combined, with all the treasure of the earth (our own excepted) in their military chest; with a Buonaparte for a commander, could not by force, take a drink from the Ohio, or make a track on the Blue Ridge, in a trial of a thousand years.

At what point then is the approach of danger to be expected? I answer, if it ever reach us, it must spring up amongst us. It cannot come from abroad. If destruction be our lot, we must ourselves be its author and finisher. As a nation of freemen, we must live through all time, or die by suicide.” — The Lyceum Address (1838)

10. James Madison: “It is of great importance in a republic, not only to guard the society against the oppression of its rulers, but to guard one part of the society against the injustice of the other part. Different interests necessarily exist in different classes of citizens. If a majority be united by a common interest, the rights of the minority will be insecure. There are but two methods of providing against this evil: the one by creating a will in the community independent of the majority, that is, of the society itself; the other, by comprehending in the society so many separate descriptions of citizens as will render an unjust combination of a majority of the whole very improbable, if not impracticable.” – Federalist 51

11. George W. Bush: “From the day of our Founding, we have proclaimed that every man and woman on this earth has rights, and dignity, and matchless value, because they bear the image of the Maker of Heaven and earth. Across the generations we have proclaimed the imperative of self-government, because no one is fit to be a master, and no one deserves to be a slave.” — Second Inaugural Address 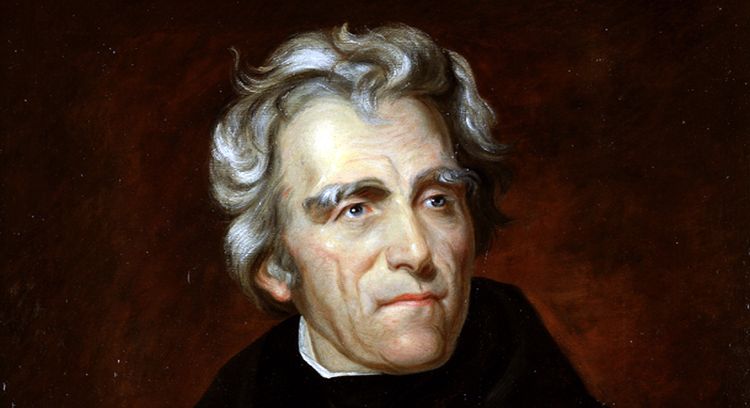 12. Andrew Jackson: “But you must remember, my fellow-citizens, that eternal vigilance by the people is the price of liberty, and that you must pay the price if you wish to secure the blessing.” Farewell Address, (4 March 1837)

Americanism is a matter of the spirit and of the soul. Our allegiance must be purely to the United States. We must unsparingly condemn any man who holds any other allegiance. But if he is heartily and singly loyal to this Republic, then no matter where he was born, he is just as good an American as any one else.

The one absolutely certain way of bringing this nation to ruin, of preventing all possibility of its continuing to be a nation at all, would be to permit it to become a tangle of squabbling nationalities, an intricate knot of German-Americans, Irish-Americans, English-Americans, French-Americans, Scandinavian-Americans or Italian-Americans, each preserving its separate nationality, each at heart feeling more sympathy with Europeans of that nationality, than with the other citizens of the American Republic. The men who do not become Americans and nothing else are hyphenated Americans; and there ought to be no room for them in this country. The man who calls himself an American citizen and who yet shows by his actions that he is primarily the citizen of a foreign land, plays a thoroughly mischievous part in the life of our body politic. He has no place here; and the sooner he returns to the land to which he feels his real heart-allegiance, the better it will be for every good American. There is no such thing as a hyphenated American who is a good American. The only man who is a good American is the man who is an American and nothing else.

For an American citizen to vote as a German-American, an Irish-American, or an English-American, is to be a traitor to American institutions; and those hyphenated Americans who terrorize American politicians by threats of the foreign vote are engaged in treason to the American Republic. — Theodore Roosevelt, 1915 speech to the Catholic group the Knights of Columbus”

Steve Straub
Steve has been involved in national politics for over 20 years and helps run one of the largest conservative opinion and analysis sites in the country.
NYC Mayor De Blasio Bans Large Gatherings in His City, Except For...Black Live Matter Protests
Nancy Pelosi Weirdly Equates Tearing Down Columbus Statues to Her Grandmother's Earrings
After Encouraging Mass Protests LA Mayor Garcetti Threatens Residents With Another Full Shutdown
Ilhan Omar Busted Funneling Large Amounts of Campaign Cash to Her Husband's Company
Truth About BLM Democrats and the Media Want to Hide, Summed Up by One Cartoon
See more... 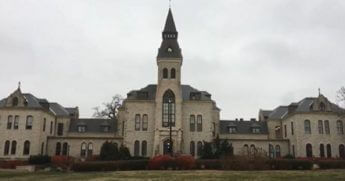