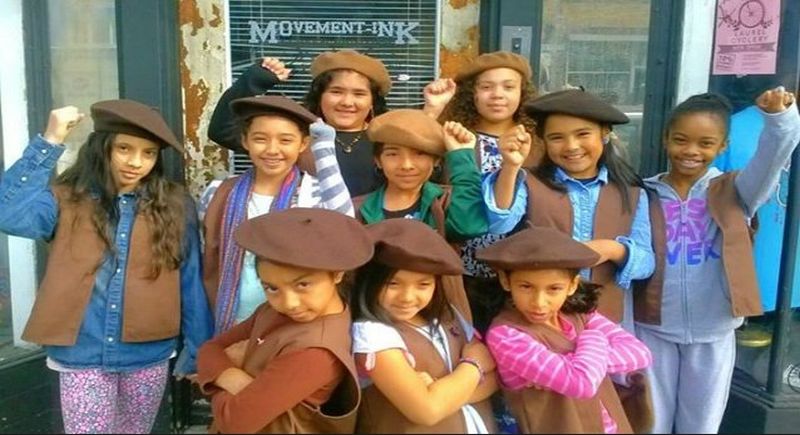 The “Radical Brownies” are a new troop of young girls based in Oakland, California that combines the Girls Scouts with the Black Panthers.

The girls, ages 8-12, are part of the “Radical Brownies,” an edgier, younger version of the Girl Scouts, where girls earn badges for completing workshops on social protests, and a beauty workshop that celebrate racial diversity.

In the Radical Brownies, girls learn about social justice movements such the Black Panthers and the Chicano group Brown Berets. They wear their brown berets in homage to those two groups. But they also study how Disney princesses define girls’ image of beauty, and how that can affect self-image.

The Radical Brownies have their own badge system, including one for “Radical Beauty” and an “LGBT ally” badge. The girls also earned a “Black Lives Matter” badge after learning about police accountability and attending a civil rights march in Oakland. 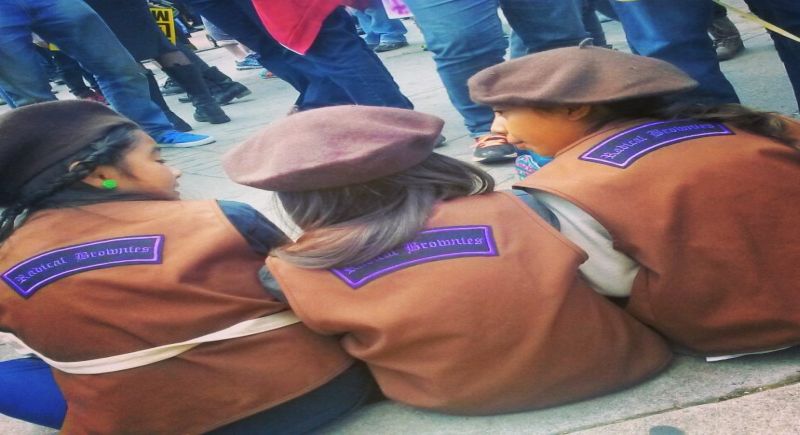 Fusion.net combines news and satire for young millennials, especially those of an Hispanic background.

But I checked this piece out, and it seems legit. They even have a Facebook page.

On the social media website, the group is receiving a lot of support.

So basically, these whacked-out moms are teaching their daughters to hate and fear both white people and the police. This should prepare them for success later in life. It’s a good thing they are in California because almost anywhere else Child Protective Services would take these children away from their lunatic parents.

The parents and adult organizers are definitely to blame for pushing these young girls into a troop that intentionally spreads a message of hate and racial division.

So don’t expect to buy a box of thin mints from these young girls anytime soon. However, I’m sure they’d be more than happy to tell you to “Check your privilege.”