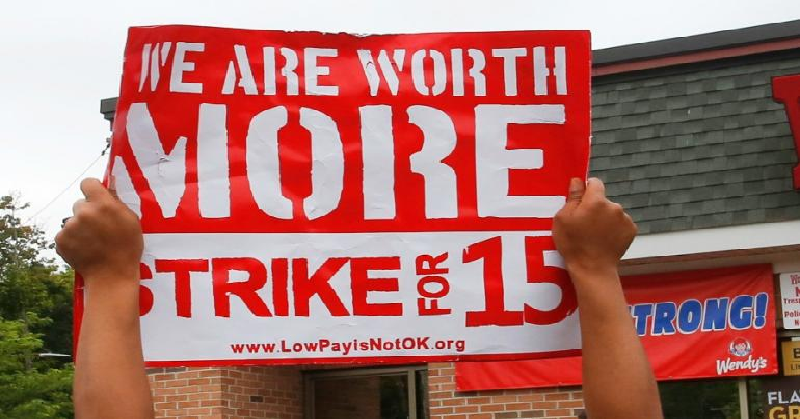 With fourteen cities and towns adopting $15 minimum wages, 2015 was the year of the Fight for Fifteen.

Earlier this year, California became the first State to sign into law a $15 minimum wage, which will take effect by 2022.

That aside, one way we can put California’s $15 minimum wage in perspective is to measure it relative to median income. To quote from theAmerican Enterprise Institute:

In 2015, California and New York’s median wages — the wage where half the state workers earn more, and half earn less — were $19.15 and $20 respectively. If average wages continue to increase at an annual rate of 2 percent, by 2022, a $15 minimum wage will correspond to 69 percent of the median-wage rate in California, up from 52 percent today. In New York, the ratio will increase from 45 percent to 67 percent.

So where else do we find minimum wages as high as California and New York?

The only historical examples close to the California and New York minimum-wage experiments are the unfortunate experiences of Puerto Rico, American Samoa, and the Northern Mariana Islands following the passage of the Fair Minimum Wage Act in 2007. To cut to the chase, large federally mandatory minimum-wage hikes left these economies in shambles.

The Wall Street Journal reported on the pain that Puerto Rico’s wages were causing back in 2015:

The commonwealth is subject to the federal minimum wage of $7.25 an hour, even though local income and productivity are significantly lower than in Mississippi, the poorest American state. The minimum wage in Puerto Rico is equal to 77% of per capita income, compared with 28% in the U.S. overall.

Roughly one-third of workers earned the minimum wage on the island in 2010, compared with just 16% for the U.S. mainland, according to a 2012 report by the New York Federal Reserve Bank. That report concluded the minimum wage contributed to a lack of jobs for lower-skilled workers, in part because businesses can relocate to lower-wage nearby countries. 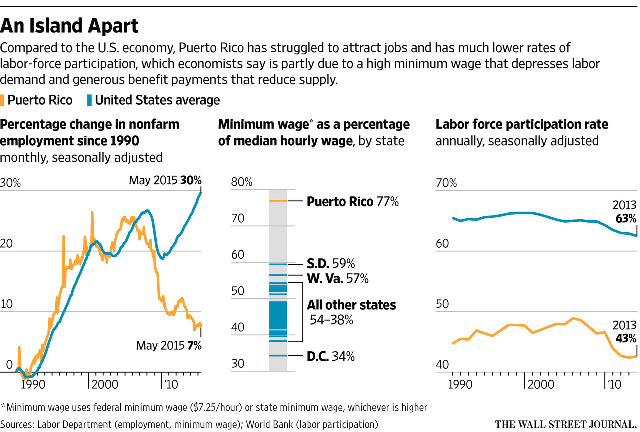 Based on this information, we can reasonably predict that the same will happen to those States and cities that have pushed through a $15 minimum wage. Hopefully when the businesses there inevitably flee, they flee to Red States.