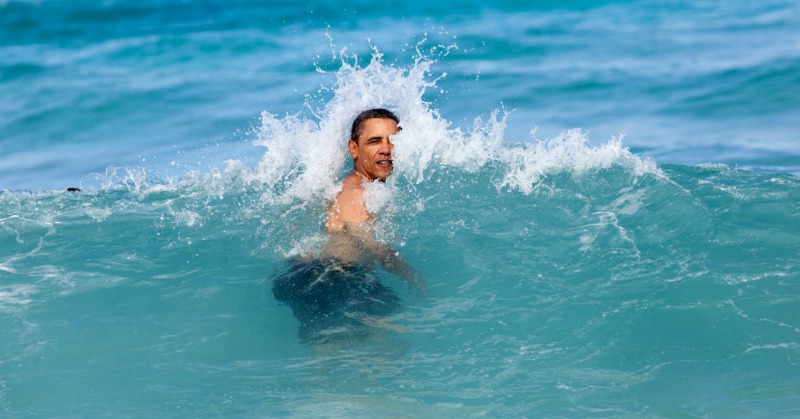 The end of President Obama’s time in office is fast approaching, and McClatchy DC has tallied up how much our soon-to-be former president’s vacations have cost us — and it’s a doozy.

As America’s first family enjoys its eighth and final vacation in Hawaii, new estimates put the price tag of the Obamas’ annual trip at $3.5 million or more.

In total, the cost of the the first family’s personal or largely personal travel during the last eight years comes to $85 million – though that is likely to climb to $90 million after additional records are released, according to the conservative group Judicial Watch based on federal government records.

The cost of Air Force One and other government planes as well as helicopters, cargo planes, armored cars, Secret Service protection and advance, communications and medical staff has led Judicial Watch to push for less personal travel.

“The Secret Service and the Air Force are being abused by unnecessary travel,” Judicial Watch president Tom Fitton explained. “Unnecessary presidential travel for fundraising and luxury vacations on the taxpayers’ dime would be a good target for reform for the incoming Trump administration.”

President-elect Donald Trump has spent his vacations so far at his own properties. Trump spent this Christmas at his Mar-A-Lago resort in Palm Beach, Florida, where he also spent Thanksgiving. He also spent a weekend recently at the place that some have speculated may become his Camp David during his time in office — Bedminster golf club in New Jersey.

Some on the Left have tried to compare Obama’s trips to former President George W. Bush’s, but as McClatchy reported:

Critics of Obama’s annual vacations to Hawaii and Martha’s Vineyard say President George W. Bush – and perhaps Trump – likely saved money because their vacation homes, including Bush’s ranch in Crawford, Texas, were modified one time – some at a cost to taxpayers – and accommodated some of the traveling entourage. At Bush’s ranch, some slept in trailers.

Hawaii is a special place for the  president and one of his favorite places to visit. The first family enjoys vacationing in Hawaii for the same reasons many others do, including scenic views, beautiful beaches, a relaxed pace, and great restaurants.

I’m sure they do like vacationing in Hawaii and even better, doing so on the taxpayer’s dime. We’d all love to do that, but many of us taxpayers footing the bill for his vacations can’t afford to.