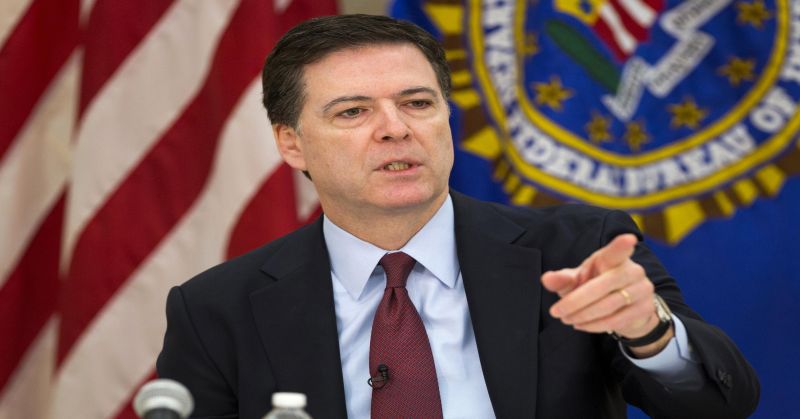 FBI Director James Comey announced on Sunday that the Bureau has not changed its conclusion from July of this year, and that Hillary Clinton should not be brought up on charges for mishandling classified information.

We may have just found out exactly why that is the case. This is hilarious but makes an excellent point!

Full statement from the FBI: pic.twitter.com/XMX82wOQWn

Another report showed that the FBI found the smoking gun, and that one email sealed the deal: 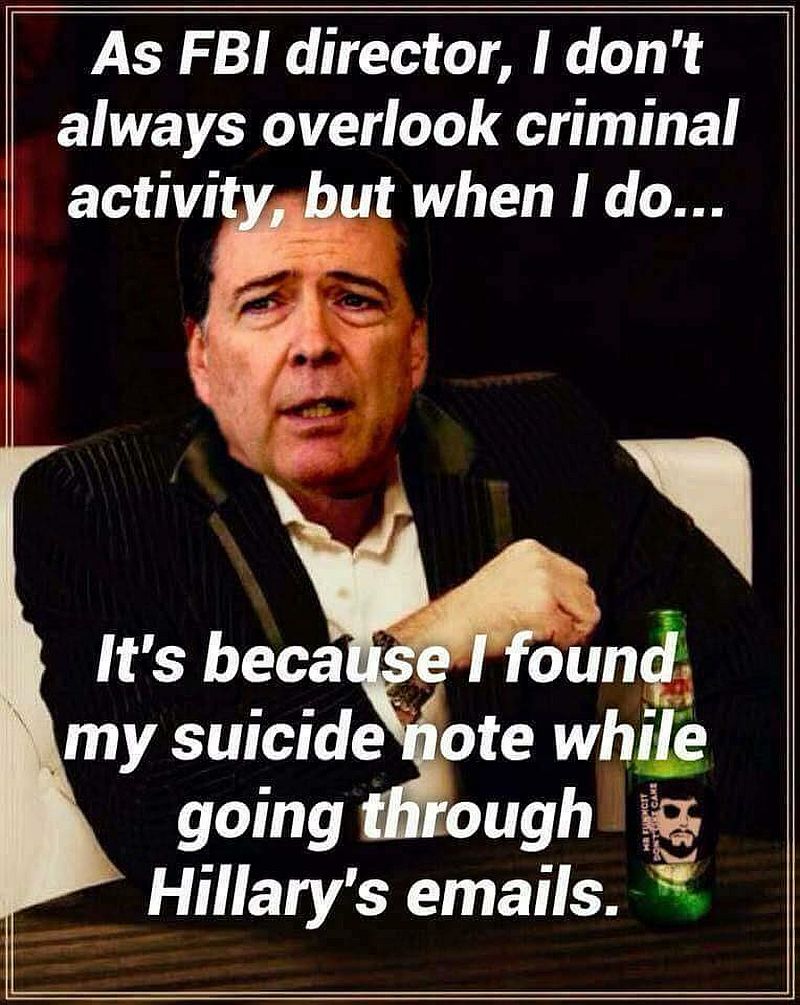 Funny, but given the rather eerie number of “suicides” of Clinton enemies, it’s something that can cause one to ponder about what really happens when you become an enemy of the Clintons.

As Derrick Wilburn wrote back in July of this year, “The High Cost Of Making Enemies Of The Clintons… Death?”

From Clinton’s former Whitewater partner James McDougal (who was set to be a key witness in Ken Starr’s investigation but managed to die while in solitary confinement), to Mary Mahoney (a White House intern who was about to go public with her story of sexual malfeasance in the White House when she was ‘randomly’ murdered in 1997 in a Starbucks near the Capital), to former Secretary of Commerce Ron Brown (who was about to cut a deal with federal prosecutors when he was shot in the head while aboard a plane …that crashed), to Vince Foster (Hillary’s former partner in the Rose Law Firm who unexpectedly committed suicide while under investigation), the Clintons are surrounded by people, most of them reasonably young, who have died of ‘other than natural causes’.

That was before even more bodies started piling up after the Democratic National Convention.

It’s being reported that Ambassador John Ashe, the former President of the United Nations General Assembly, has died in an apparent freak weight lifting accident.

A friend and confidant of the Clintons, Ambassador Ashe was awaiting trial for an (alleged) bribery scandal. He died Wednesday. Clearly Ashe was not well schooled in proper weightlifting technique as the barbell he was lifting from a bench dropped on his neck. At his home. Alone. With no witnesses.

Dr. Kunjlata Ashar, Westchester County’s medical examiner, said the cause of death – traumatic asphyxia – was determined during an autopsy, though she did not perform the procedure herself and did not have additional details.

Ambassador Ashe was due in court on Monday along with his Chinese businessman co-defendant Ng Lap Seng, an interesting character to say the least. A Macau-based Chinese billionaire, Seng is a real estate mogul who’s facing a bevy of serious corruption wraps. Seng is charged with smuggling $4.5 million into the US since 2013 and lying that it was to buy art and casino chips. He also is accused of bribery, money laundering and other charges including (allegedly) paying bribes totaling over 500 million dollars to, …wait for it, …wait for it,… former UN General Assembly President John Ashe!

Now, it’s hard to bring this kind of stuff up without having the obligatory “conspiracy theorist” accusation thrown around. Indeed, it is something that sounds like it came right out of a conspiracy book, or right out of House of Cards.

But if true, Frank and Claire Underwood have nothing on the Clintons; not even close. There are allegedly dozens of former Clinton confidants who have “mysteriously” died of unnatural causes shortly after diverging from the Clinton Crime Syndicate.

There does come a point, though, where “coincidence” and “accident” and “suicide” just don’t hold much credibility. The Clintons seem to be at that point.

Am I saying definitively committed murder of dozens of political enemies? No, I can’t say that until there is a conviction by a jury in a court of law (if that ever happens).

But it is, nonetheless, rather eerie that there is such a long line of bodies behind the Clintons. How many more skeletons can they fit in that closet?