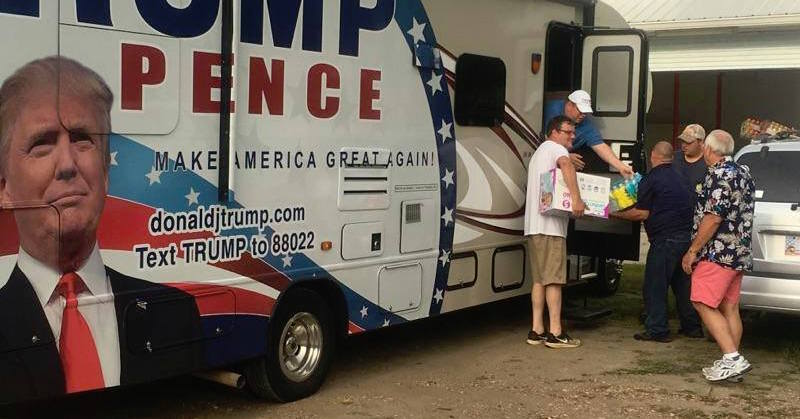 Once again, the media is ignoring anything that might look favorably on Donald Trump.

And while the rest of us are consumed with whatever we’re spoon-fed by the national media, Donald Trump and his campaign are focusing on the people.

Specifically, they’re down in the aftermath of Tropical Storm Hermine.

The press won’t tell you, but a glance at Trump’s Facebook page will:

With the assistance of veterans and law enforcement, the Trump RV traveled into one of the hardest hit areas of rural Florida, canceling planned campaign stops to provide help to local NW Floridians. This fishing community will be without power for a few weeks. (See article below).

Our RV drivers are accustomed to storm areas, being from Mississippi. They helped clear trees and debris from the streets after giving the supplies. The community was very appreciative for the supplies as there were only three cases of water prior to our arrival. There was no press or media involved and all heart and concern.

MSM won't share the amazing things @realDonaldTrump's campaign does, so again, I will! #MAGAhttps://t.co/fdF6ogpHnv pic.twitter.com/apzgPbNqxH

Look WHO DID come over for lunch… Wow. #imwithher