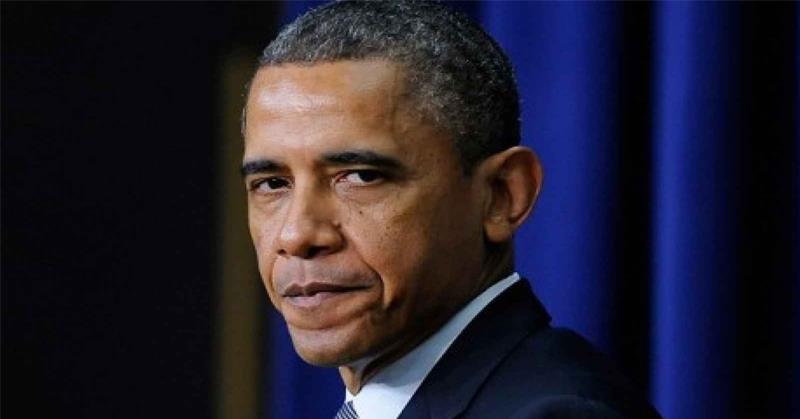 If you thought we might be over and done with the era of Obama, think again.

Obama’s close friend and partner-in-crime Eric Holder said Tuesday that his old boss is “getting closer” to making a public reappearance in politics.

The former Attorney General said that he’s been discussing ways Obama could help the new “National Democratic Redistricting Committee” (NDRC), which the president asked Holder to chair last year. Some of that help could include fundraising and interacting with state lawmakers, Politico is reporting.

“It’s coming. He’s coming,” Holder said, speaking to reporters at a briefing for the new group. “And he’s ready to roll.”

Holder said that Obama “will be a more visible part of the effort” to get Democrats back in power. He also predicted that the party in power – now the Republicans – will lose seats in Congress, but with Trump in the White House, Holder said “I expect we’ll see that on steroids.”

The NDRC is looking to be an intensified central force for Democrats to tackle their disadvantage in gerrymandering. The mission is to direct resources into winning targeted state elections, push ballot initiatives for nonpartisan district-drawing commissions and wage legal challenges to existing maps. The hope is that this would put Democrats in a stronger position in state houses, but also in the U.S. House of Representatives, if districts are drawn that more accurately represent the distribution of the popular vote, citing statistics that showed Republicans winning 49 percent of the vote in those elections but getting 55 percent of the seats in the 2016 elections.

Marc Elias, a top election lawyer who’s advising the group, said that in addition to joining existing challenges to state laws, they’re already prospecting for states where they could file new lawsuits, predicting they’ll file more before the end of 2017.

Holder said that work in the courts for leftists has become more difficult with Jeff Sessions now in charge at his old job running the Justice Department. He said the department’s decision to scrap a challenge to Texas voter laws was “disheartening,” but that while “it would be good to have the Justice Department on our side … it doesn’t mean that the argument can’t be made, and can’t be made well.”