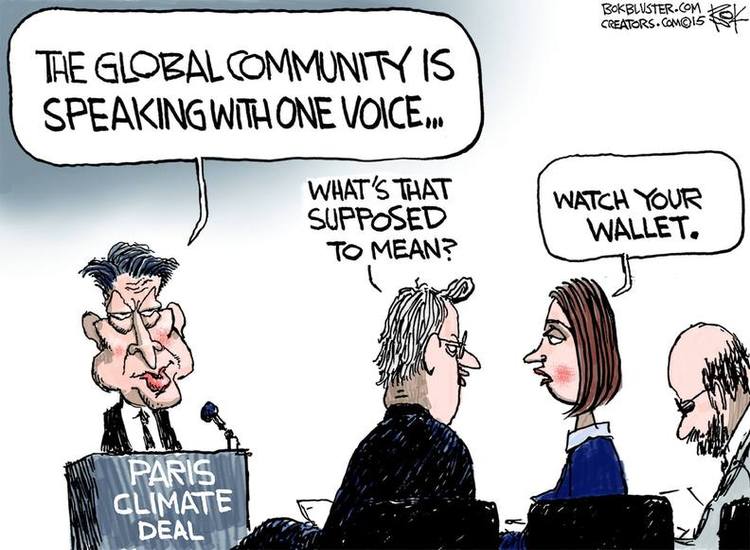 We have reported here several times about the expanding body of evidence that shows just how big a fraud the whole pseudo-science of “climate change” really is.

CNS News has the story:

“We have the White House senior staff saying we need these EPA climate regulations because of the increase in storminess,” Marc Morano, publisher of ClimateDepot.com, said in a recent interview with MRC-TV.

“Well, the White House is directly implying that regulations that won’t even affect global CO2 level, let alone temperature, let alone storminess – even if you buy their scientific claims – would, somehow, reduce storminess.

“That is pure astrology and witchcraft.”

“This is the fallacy, if you will, the modern-day witchcraft of our time, to believe that the United Nations and the EPA can pass legislation to regulate the Earth’s climate,” Morano said.

This assertion goes along with what Senator Ted Cruz just revealed in his senate hearing about “climate change” – that it is more of a religion than it is scientific fact.

But, that won’t stop President Obama from continuing to push for more “climate change” regulations.

He is all about carving out a legacy for himself – a legacy of world socialism where individual freedoms are a thing of the past.

The producer of Climate Hustle said the movie features a historian who talks about the widespread belief in the Middle Ages that witches controlled the weather. Modern-day climate activists who blame global warming for a host of ills, including the rise of ISIS, are just as superstitious, he said.

“Interestingly enough, we have a current claim – just made by Bill Nye today, and we’ve had President Obama make it, John Kerry make it, and a whole host of other activists make it – that essentially ISIS was created by global warming. And they say this because there was a drought in Syria, and the drought created a lot of conflict, and ISIS rose from this in Syria, rose from the political conflict.

“Well, first of all, you have to believe the Middle East was peaceful until carbon dioxide rose above 400 parts per million.

“Second of all, you’d have to believe that any kind of a drought is man-made, when in reality peer-reviewed studies show that droughts are on… a 60-year trend declining globally.

“Thirdly, you have to look at peer-reviewed studies which show that conflict increases during cold times and actually decreases during warm times. So actually, if there is global warming, we should have less conflict.

But, please don’t confuse the Obama Administration with facts; their minds have been made up on this for a long time.

For them, it is a religion – a secular religion of “government as god.”

Anything that enhances their power, the better it is; no matter if it is completely fabricated – like “global warming.”

“In 1933, the government of Syria banned the Yo-Yo because they thought it caused drought. And, we have the documentation in the movie,” Morano told MRC-TV. “And now they want to ban our SUVs and coal plants because they think they cause drought.

“We’re in the age of superstition.”

As more and more people realize the truth about Obama’s “Climate Change/Global Warming” scam, expect the Administration to become more hysterical in their insistence that it is real.

They’ve put themselves in an ideological corner with their slavish devotion to this scam.  They have nowhere to go in now denying it.