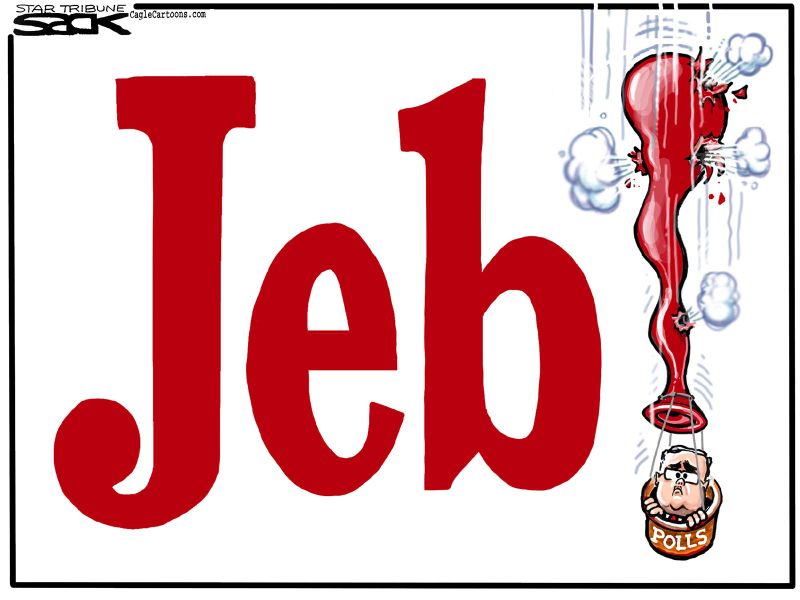 BizPac Review reports that Jeb Bush made, what could be, a fatal error attacking Marco Rubio in this week’s primary debate:

A Jeb Bush Donor upset about his failed attack on Sen. Marco Rubio in the Republican presidential primary debate Wednesday called Rubio a “Jedi Master,” who the Bush campaign should have known not to mess with.

“Marco is a [expletive] Jedi Master,” the reportedly “distraught” Florida donor told Politico. “Hopefully these idiots learn not to [expletive] with him anymore. Not necessary.”

Bush tried and basically failed to hit Rubio on missed Senate votes in the debate. “You should be showing up to work,” he told Rubio, jumping in on a CNBC question about Rubio’s voting record. “I mean, literally, the Senate — what is it, like a French work week? You get, like, three days where you have to show up? You can campaign, or just resign and let someone else take the job.”

An obviously prepared Rubio responded by pointing out that when former Sen. John McCain ran, after whom Bush recently said he’s modeling his campaign, Bush wasn’t complaining about his voting record. “The only reason why you’re doing it now is because we’re running for the same position, and someone has convinced you that attacking me is going to help you,” he added to applause.

Bush’s poor performance in the debate follows news of staff cuts and single digit polling numbers. His loss is largely Rubio’s gain, who is expected to capitalize on Bush’s diminishing status in the race to consolidate establishment support.

“Going after Rubio that way was just a mistake,” another Bush donor told Politico. “No one cares about missed fucking votes in the Senate. Washington cares about that. The media cares about that. And losing candidates care about that. Jeb sounded like he was losing. And Marco made him pay.”