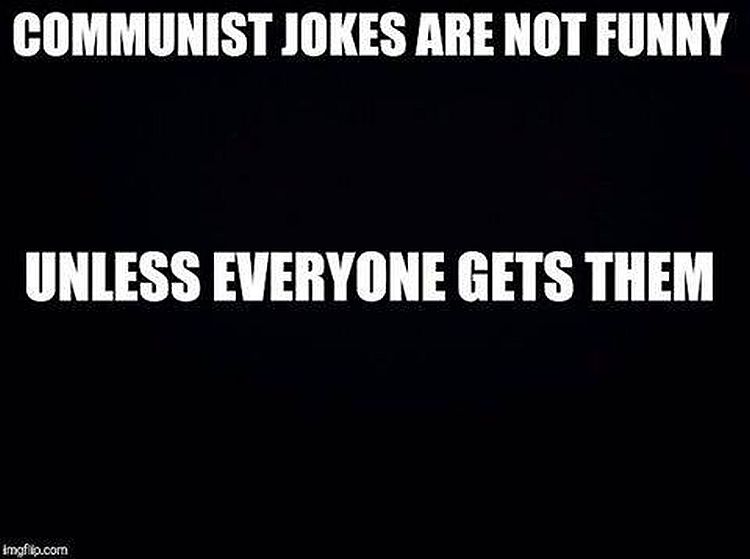 Robert Gehl: reports that Bernie Sanders is trying to convince Americans – especially younger Americans – that his particular brand of “Democratic Socialism” is as innocuous as any other political ideology.

When asked what he means when he says he is a “socialist,” he rattles off the benefits of Social Security, free college, universal health care, paid time off and the evils of income inequality.

But these ideas aren’t that radical. Most Democrats agree with them – hell, some Republicans even agree.
What Bernie’s not telling you is that his brand of “Democratic Socialism” goes far beyond these ideas and his long relationship with leftist movements demonstrates a closer alignment with Marxism and Communism.

tracedSanders’ deep connection to the global communist and Marxist movement, dating back to his Civil Rights protests in the early 1960s. Most Americans know by now that Sanders honeymooned in the Soviet Union.

Taken alone, that might not be a big deal. But it’s part of a long pattern of alignment with International Marxism. Here’s some of what they uncovered:

1963-64: He joined the Young People’s Socialist League, the youth wing of the Socialist Party USA. Sanders also organized for a communist front, the United Packinghouse Workers Union, which at the time was infiltrated by hardened Communist agents and under investigation by the House Committee on Un-American Activities.

1971-76: Sanders helped found the socialist Liberty Union Party in Vermont, where he ran for governor and senator while calling for the government takeover of the medical industry and “all privately owned electric utilities,” as well as the “nationalization of the oil industry” — “without compensation to the banks and wealthy individuals who own them.”

Sounding like Lenin, he also demanded the government actually seize corporate assets and the wealth of billionaires, namely the Rockefellers, and redistribute it “for all people.”

1977: As founder of the socialist American People’s Historical Society, Sanders produced a 30-minute color documentary exalting his hero, socialist revolutionary Eugene Debs, who was jailed under the Espionage Act. (Today he keeps a portrait of Debs on his Senate office wall.)

1979: Sanders penned a piece for a local leftist rag arguing for the public takeover of the television industry, banishing commercial advertising and putting content under control of the government, a la Pravda.

1981: As Burlington’s new mayor, Sanders announced he didn’t believe in private charities and favored disbanding them, explaining government should be responsible for all social welfare and charity.

1981: Sanders adopted a Soviet sister city outside Moscow, as well as a city in Nicaragua to support the communist Sandinista revolution there.

1985: Sanders invited officials from the Soviet Union and communist China to stop by his office, while proposing that Washington divert military defense funds to “pay for thousands of U.S. children to go to the Soviet Union.”

July 1985: After passing a resolution pledging Burlington would defy President Reagan’s embargo on communist-controlled Nicaragua, Sanders traveled to Managua to attend, along with Soviet officials, an anti-U.S. rally sponsored by the Sandinistas.

He reportedly stood with a crowd that chanted, “Here, there, everywhere, the Yankee will die.” His trip was said to have been paid for by the Sandinista government. Sanders, in turn, invited Sandinista leader Daniel Ortega to visit the U.S.

1985: In a letter to the Sandinistas, according to the New York Post, Sanders pledged his support for their “struggle,” calling it a “heroic revolution” while accusing the Reagan administration of engaging in “terrorist activities.”

1985: In an interview with Vermont government-access TV, Sanders claimed: “The Sandinista government has more support among the Nicaraguan people — substantially more support — than Ronald Reagan has among the American people,” even though Reagan had just been reelected in a historic landslide.

1985: In the same interview, he praised Cuban dictator Fidel Castro, claiming “he educated their kids, gave their kids health care, totally transformed society.” He later showed his affection by traveling to Havana and meeting with its mayor.

1985: In an interview with the Los Angeles Times, Sanders proclaimed: “The whole quality of life in America is based on greed. I believe in the redistribution of wealth in this nation.”

1988:  One day after wedding his second and current wife, Jane Sanders, the two traveled to the USSR for their honeymoon. Upon returning, Sanders praised communist health care and housing, noting “the cost of both services is much, much higher in the United States.”

1989: With the West on the verge of winning the Cold War, Sanders addressed the national conference of the U.S. Peace Council — another known front for the Communist Party USA, whose members swore an oath to “the triumph of Soviet power in the U.S.”