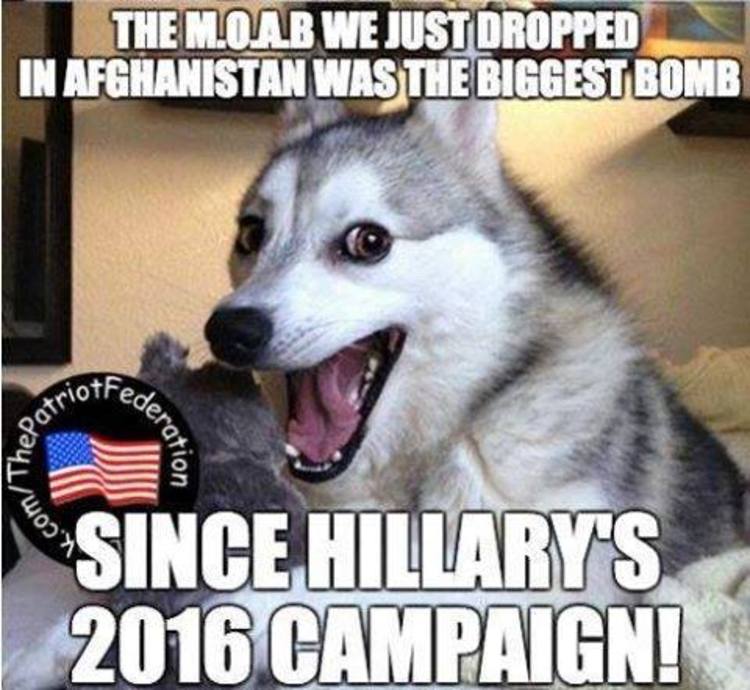 Robert Gehl reports Hillary Clinton’s true nature: Angry, bitter and just plain mean, and that was exposed repeatedly on the campaign trail during her failed bid for the presidency.

In a new book by veteran Washington journalists Jonathan Allen and Amie Parnes, they lay bare the disaster that was the “Hillary 2016” campaign.

“Shattered: Inside Hillary Clinton’s Doomed Campaign” exposes the bitter fury that permeated the Clinton campaign – starting with the day of the Univision debate in Miami.

Here is an excerpt from the book, published by The Hill. Since the authors do such an excellent job themselves, we will let their words do the talking:

Hillary was so mad she couldn’t think straight. She was supposed to be focused on the prep session for that night’s Univision debate in Miami, but a potent mix of exhaustion and exasperation bubbled up inside.

She’d been humiliated in the Michigan primary the night before, a loss that not only robbed her of a prime opportunity to put Bernie Sanders down for good but also exposed several of her weaknesses. How could she have been left so vulnerable? She knew — or at least she thought she did. The blame belonged to her campaign team, she believed, for failing to hone her message, energize important constituencies and take care of business in getting voters to the polls. And now, Jake Sullivan, her de facto chief strategist, was giving her lip about the last answer she’d delivered in the prep session.

The comment was pointed and sarcastic, but she meant it. So for the next 30 minutes, there he was, pretending to be Hillary while she critiqued his performance.

Every time the Yale lawyer and former high school debate champ opened his mouth, Hillary cut him off. “That isn’t very good,” she’d say. “You can do better.” Then she’d hammer him with a Bernie line.

It wasn’t just Sullivan in her crosshairs. She let everyone on her team have it that day. “We haven’t made our case,” she fumed. “We haven’t framed the choice. We haven’t done the politics.”

“She was visibly, unflinchingly pissed off at us as a group,” said one aide who was in the room for the humiliating scene. “And she let us know she felt that way.”

Hillary had been up into the wee hours the night before, agitating over her loss. This is because we made poor choices about where we traveled, she thought. She emailed Robby Mook to tell him she believed she’d spent too much time in the cities of Detroit and Flint and not enough in the working-class white suburbs around them. Sensing just how angry she was, Mook responded by putting together a morning conference call so that Hillary could vent. But that didn’t settle her; if anything, it left her more perplexed and angry, as her debate-prep team witnessed firsthand.

Her aides took the browbeating — one of several she delivered in person and on the phone that day — in silence. They had a lot of their own thoughts on what went wrong, some of which echoed Hillary’s assessment: her message was off for Michigan, and she had refused to go hard against trade; Mook had pinched pennies and failed to put organizers on the ground; the polling and analytics were a touch too rosy, meaning the campaign didn’t know Bernie was ahead; she had set up an ambiguous decision-making structure on the campaign; and she’d focused too heavily on black and brown voters at the expense of competing for the whites who had formed her base in 2008. The list went on and on.

The underlying truth — the one that many didn’t want to admit to themselves — was the person ultimately responsible for these decisions, the one whose name was on the ticket, hadn’t corrected these problems, all of which had been brought to her attention before primary day. She’d stuck with the plan, and it had cost her.

While the campaign projected a ­drama-free tenor, it was reminiscent of other moments of frustration.

Months earlier, Hillary Clinton turned her fury on her consultants and campaign aides, blaming them for a failure to focus the media on her platform.

In her ear the whole time, spurring her on to cast blame on others and never admit to anything, was her husband. Neither Clinton could accept the simple fact that Hillary had hamstrung her own campaign and dealt the most serious blow to her own presidential aspirations.

That state of denial would become more obvious than ever to her top aides and consultants during one conference call in the thick of the public discussion of her server. Joel Benenson, Mandy Grunwald, Jim Margolis, John Anzalone, John Podesta, Mook, Huma Abedin and Dan Schwerin were among the small coterie who huddled in Abedin’s mostly bare corner office overlooking the East River at the campaign’s Brooklyn headquarters. Hillary and Bill, who rarely visited, joined them by phone.

Hillary’s severe, controlled voice crackled through the line first. It carried the sound of a disappointed teacher or mother delivering a lecture before a whipping. That back end was left to Bill, who lashed out with abandon. Eyes cast downward, stomachs turning — both from the scare tactics and from their own revulsion at being chastised for Hillary’s failures — Hillary’s talented and accomplished team of professionals and loyalists simply took it. There was no arguing with Bill Clinton.

You haven’t buried this thing, the ruddy-cheeked former president rasped. You haven’t figured out how to get Hillary’s core message to the voters. This has been dragging on for months, he thundered, and nothing you’ve done has made a damn bit of difference. Voters want to hear about Hillary’s plans for the economy, and you’re not making that happen. Now, do your damn jobs.

“We got an ass-chewing,” one of the participants recalled months later.

Hillary came back on the line to close the lecture. It was hard to tell what was worse — getting hollered at by Bill or getting scolded by the stern and self-righteous Hillary. Neither was pleasant. You heard him, she admonished. “Get it straight.”