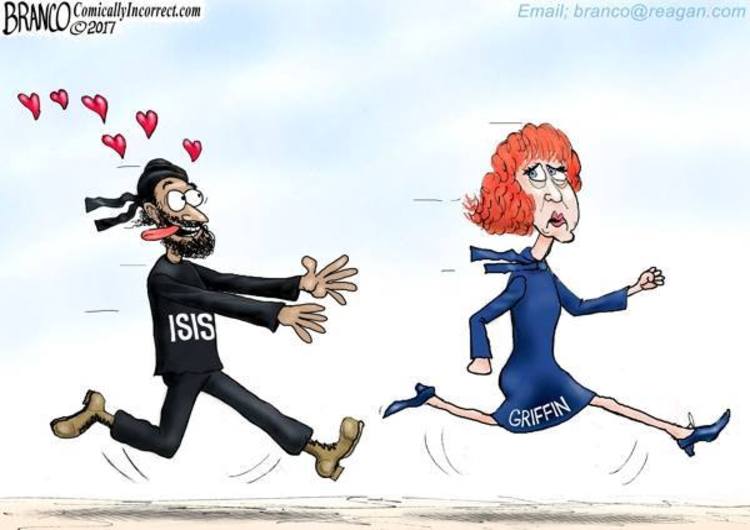 Kathy Griffin. Not only is she a D-list celebrity, she was probably a D student for how stupid and disrespectful she has been these past few days.

We all know of her heinous pictures or what some delusional people might call artwork (Griffin was photographed holding a fake severed head which looks identical to that of our sitting president Donald Trump).

She has since apologized (as she should have) but she can’t even seem to do that right.

Kathy Griffin is holding a press conference on Friday to complain about the “bullying from the Trump family that she has endured” following the release of a photo spread showing the comedian holding up a bloodied head of President Trump.

This is just too much.

You really have no talent. So you decide to take photos looking like you severed the head of a sitting president.

Ok, so you don’t like him. And, we also understand that you are attempting to get the spotlight.

But, according to reports, “Griffin has already suffered financially from the photo spread. CNN dropped her as a host for its New Years Eve broadcast. Squatty Potty, a company that sells toilet stools, also dumped Griffin.”

And now you want to point the finger at the First family for ‘bullying’ you?

I don’t really know what that looks like (or if anything has actually happened), but if I had pictures of you holding the head of what looked to be my father, I’d take some issue with you as well.

You hold a severed head for “art” and then cry about getting bullied.

Get over yourself, Griffin. We’ve been tired of you for some time.