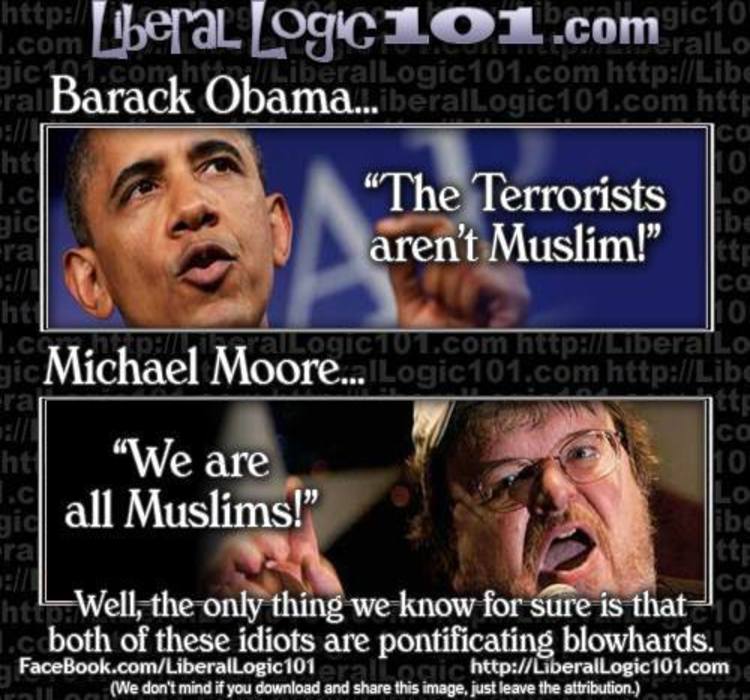 It’s been a long time since we’ve heard from crypto-socialist cinematic prevaricator Michael Moore. I figured he’d had gastric bypass surgery gone awry, or perhaps that he’d seen the light and was quietly canvassing for Ted Cruz in the neighborhoods of Flint, Michigan.

But, I should have known better. The Leni Riefenstahl of the Midwest is still at it, although now he’s hawking his nonsense in 140 characters or less. The documentary filmmaker stood outside of Trump Towers with this sign recently and then posted it to Twitter.

Went to Trump Tower & held a sign til the cops came. Then wrote Trump a letter. Here it is: https://t.co/aszRoizZuZ pic.twitter.com/qMy3ZuHOhy

The current Miss Puerto Rico, Destiny Veléz, was infuriated by Moore’s stunt and let the filmmaker have it in five epic tweets.

@MMFlint hold a sign that says “We are all believers in Christ.” Why are u defending Muslims that haven’t done nothing for the USA

@MMFlint all what Muslims have done is provided oil & terrorize this country & many others!!!!!!

@MMFlint there’s NO comparison between Jews, Christians & Muslims. Jews nor Christians have terrorizing agendas in their sacred books

Wow. If she’s angry now, I can’t imagine how she would be if she had to pay $10 and sit through one of Moore’s movies. Bravo, Ms. Veléz!

Last I checked, Moore identifies as Catholic, putting the lie to his placard in the first place. However, when Moore’s films have touched on religion, it’s always been dismissively — particularly in “Fahrenheit 9/11,” when George W. Bush’s earnest Christian faith was ridiculed as simple-mindedness.

This attitude makes anything Moore says on religion difficult to take seriously, especially when it’s motivated primarily by a desire to embarrass Trump. However, after a pathetic career of constantly taking the side of America’s enemies, it’s about par for the course for Michael Moore.

The sooner this man’s “career” is finally extinguished, the better.