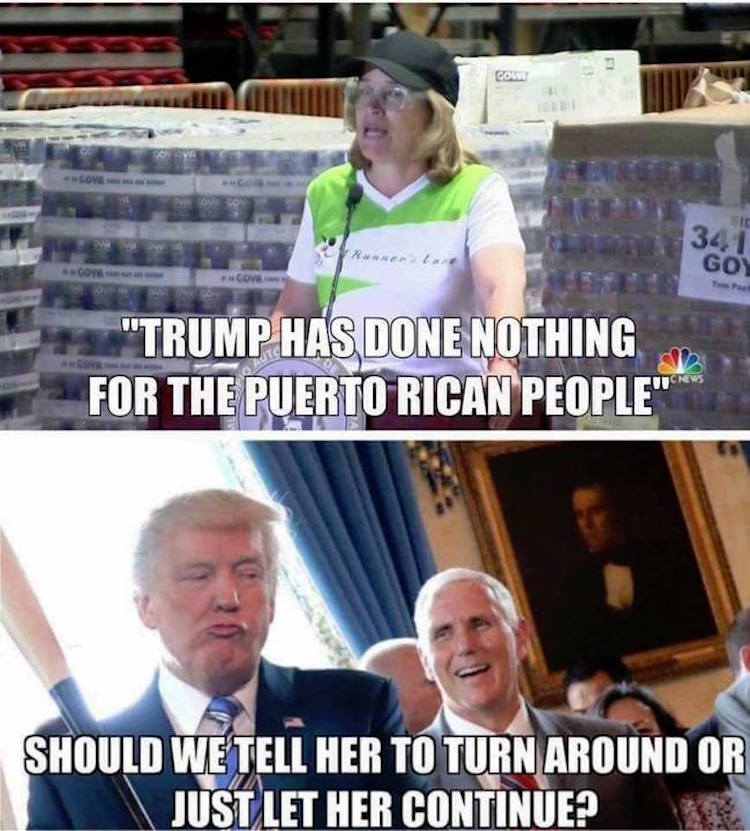 Robert Gehl writes that a New York Times columnist known for his anti-Trump screeds has just committed what is the journalistic equivalent of a felony.

Paul Krugman tweeted – essentially – that Puerto Rico has fallen victim to an outbreak of the fatal, third-world disease of cholera.

There has actually been no outbreak and authorities have only suggested that it’s a possibility that cholera could develop if the situation in the American territory doesn’t improve.

Knowing this, Krugman still tweeted this out:

Cholera. In a US territory. Among US citizens. In the 21st century. Heckuva job, Trumpie.

“Cholera. In a US territory,” he tweeted. “Among US citizens. In the 21st century. Heckuva job, Trumpie.”

It was a complete lie … one that he didn’t delete from his timeline after posting it Satuday morning.

Several hours later, he was forced to admit that yes – he was lying – but maybe it could be true, someday … or something …

OK, cholera not confirmed. Conjunctivitis yes; lack of clean water (situation worsening, not improving) makes it a risk. But not certain

“OK, cholera not confirmed,” he admitted. “Conjunctivitis yes; lack of clean water (situation worsening, not improving) makes it a risk. But not certain.”

Before Krugman made that half-hearted correction, his initial tweet had been “re-tweeted” more than 10,000 times. The correction? Less than 500 times.

Krugman is a Nobel-Prize-winning economist. His assessment of the Category 4 hurricane that devastated Puerto Rico Sept. 20 would be a fireable offense in any newsroom one works at (this author has worked at several).

Cholera is pervasive in destitute parts of the world where there is a lack of proper sanitation or clean drinking water. Again: There is zero evidence of cholera in Puerto Rico.

Perhaps Krugman has been reading the garbage put out by the leftist site DailyKos with headlines like: “SOS Puerto Rico: The Suffering Continues; Update: Cholera Cases Possible (Not Confirmed).” Even that crappy site has to admit there’s no cholera on the island.

Krugman will do anything to smear Trump and his allies. In a screed back in August, titled “Fascism, American Style,” the economist called Maricopa County Sheriff Joe Arpaio – whom Trump just pardoned – a “white supremacist.”

But he’s more than that. There’s a word for political regimes that round up members of minority groups and send them to concentration camps, while rejecting the rule of law: What Arpaio brought to Maricopa, and what the president of the United States has just endorsed, was fascism, American style.

Back in 2011, after the attack on former Rep. Gabrielle Giffords, Krugman (falsely) blamed right-wing media for the attack.

Where’s that toxic rhetoric coming from? Let’s not make a false pretense of balance: it’s coming, overwhelmingly, from the right. It’s hard to imagine a Democratic member of Congress urging constituents to be “armed and dangerous” without being ostracized; but Representative Michele Bachmann, who did just that, is a rising star in the G.O.P.

Krugman was also accused of plagiarism. Back in 2013, UCLA economics professor Roger Farmer alleged that Krugman stole his ideas and repackaged them in his New York Times columns.

“Perhaps you have read some of my recent work: Perhaps not. I infer that you may be aware of it since your columns often select themes that closely mirror my writings, usually a day or two after they are circulated. Perhaps that is due to the coincidence fairy,” writes Farmer.

What do you think? Should Krugman be allowed to keep his job at the New York Times? Or will he get away with it? Sound off below!