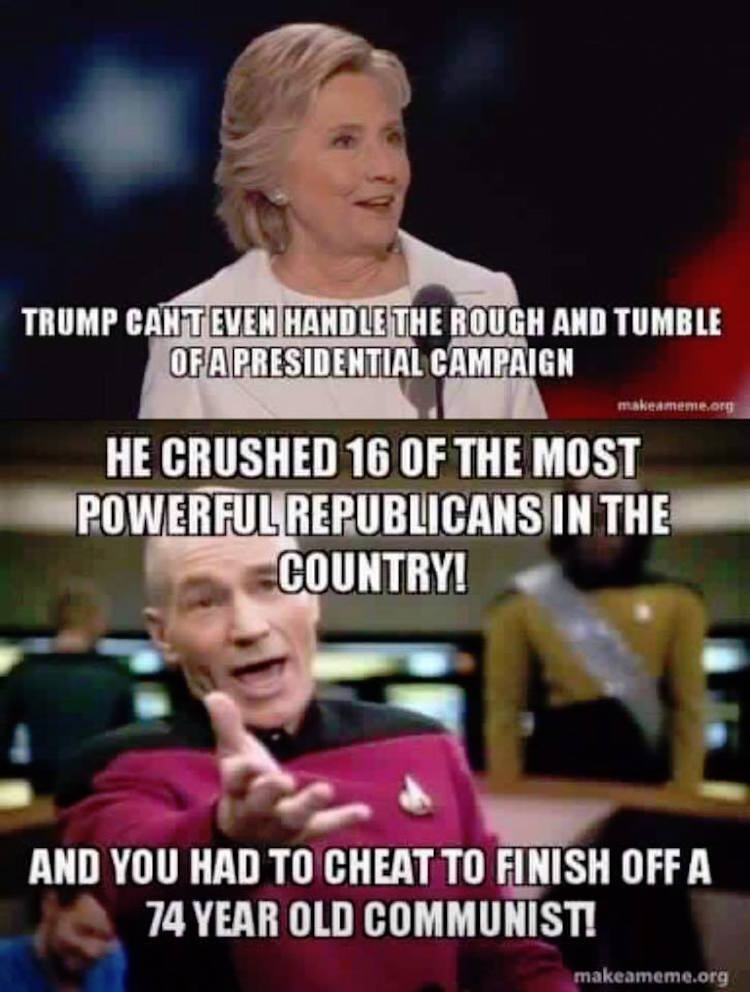 C.E. Dyer writes that, thanks to the WikiLeaks release of 20,000 hacked Democrat National Committee emails, we know that Democrat presidential nominee Hillary Clinton has no problem rigging things in her favor. GOP presidential nominee Donald Trump, unlike Sen. Bernie Sanders, isn’t going to stand for it.

Throughout the primary season debates, it became abundantly clear that Trump is the last person Clinton should want to face in a debate. The way the Democrats are trying to rig the general election debate schedule proves that this assertion is absolutely true.

Trump took to Twitter on Friday calling out the debate schedule as unfair, claiming that Clinton and the Democrats purposefully scheduled them up against major NFL games which would undoubtedly cut into viewership:

As usual, Hillary & the Dems are trying to rig the debates so 2 are up against major NFL games. Same as last time w/ Bernie. Unacceptable!

Now, if Clinton wasn’t concerned about debating Trump, why would she want the debates buried by major NFL games? You’d think Clinton, who claims that she loves to talk about policy, would revel in the chance to debate Trump who she also claimed is easy to bait.

In case anyone wants to mistakenly call “sour grapes” on this one, Sen. Bernie Sanders also criticized the Democrat debate schedule for placing them in time slots that would ensure low viewership.

Remember, too, that Sanders accused the Democrats of rigging the election in Clinton’s favor and he has since been proven correct.

The first debate will be on Monday, Sept. 26, the same night as the NFL match-up between the Atlanta Falcons and the New Orleans Saints.

The second debate on Sunday, Oct. 9, will coincide with a game between the New York Giants and the Green Bay Packers.

If Clinton isn’t afraid to debate Trump she should have no problem having the debate schedule changed to a time slot that would get as many eyeballs on the screen as possible.

Then again, transparency has never been Clinton’s strong suit.