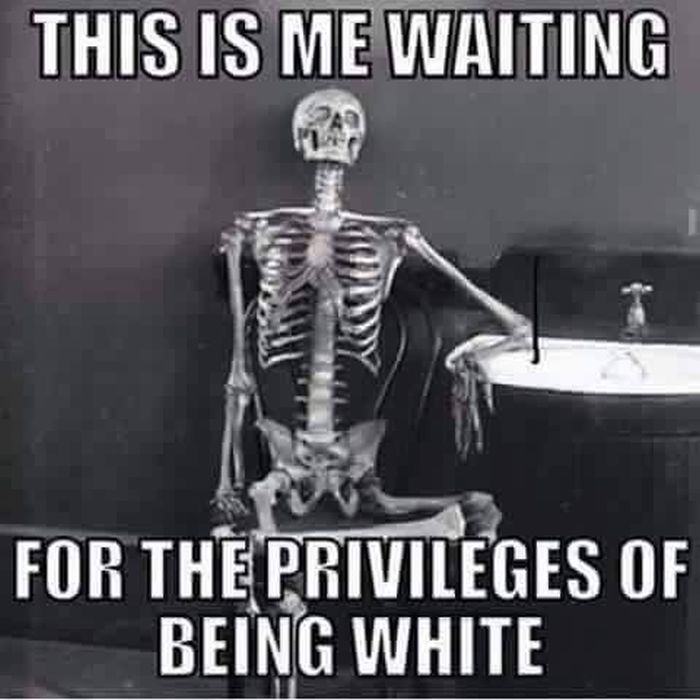 From Dr. Carol Swain at Be The People:

At the risk of sounding like a broken record, I’m going to talk to you once more about the issue of race in America.

Although we have a black president and a black attorney general, we often still hear from Rev. Al Sharpton, as well as the multitude of liberal elites at our colleges and universities, that racism is as pervasive today as it has ever been, and that our criminal justice system is racist. (Talk about broken records.)

One of the most persistent claims espoused by the race baiters is the myth of “white privilege,” the idea that there are inherent privileges in just having white skin.

Tell that to the single mom working at Waffle House and to the unemployed white men of Appalachia.

We are told that there are far more whites in positions of power, that whites are incarcerated at lower rates than blacks, and that whites aren’t harassed by the police, and the list goes on and on. The PC crowd keeps claiming that racism is the primary factor involved here, although there are other, better reasons that account for these disparities.

A few weeks ago, black protestors were demonstrating at posh brunch restaurants in New York City to protest so called “white spaces.” Independent of the fact that it is foolish to invade other people’s private property, what we don’t hear from all these protestors is that it’s education and strong families – not some sort of racial aristocratic privilege – that determines one’s level of success in life.

We need only to look at Asian-American families for evidence of factors that contribute to success in America. Only 13 percent of Asian-American children live in single-parent homes compared to 55 percent of black children. Unemployment is at 11.4 percent for blacks, yet only 4.5 percent for Asians. There is no escaping the fact that education and family structure play huge roles in determining the success or failure of various racial and ethnic groups.

It’s time we stopped the kneejerk discussion of white privilege and instead devote ourselves to teaching others the roots of success in America.