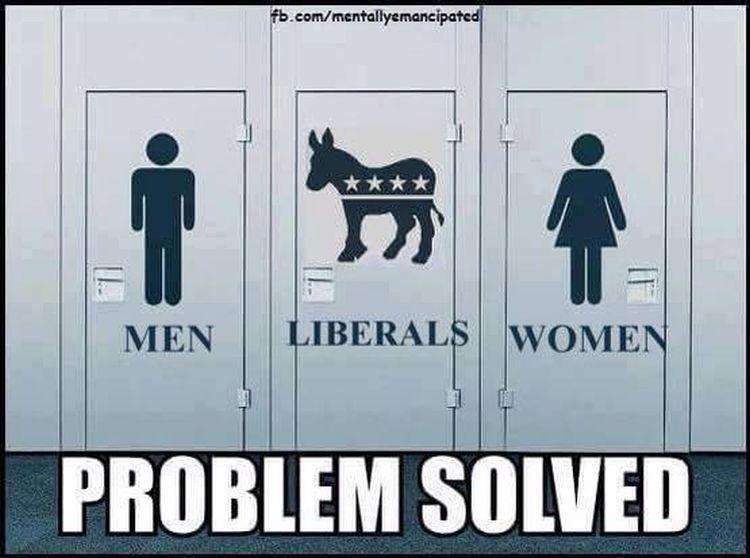 Obama just keeps making his presidency worse and worse, and I didn’t even know that was possible. Robert Gehl reports:

Barack Obama is sending a letter to every public school district in the country with a warning: Open up your restrooms, showers and locker rooms to any student claiming to be the opposite sex or we will sue you.

Officially, the letter is “guidance” to public schools – because Obama can’t order them to do anything. But with Attorney General Loretta Lynch’s Justice Department to back him up, it’s more than a veiled threat: Do what we say or we’ll sue you or strip you of federal funding.

The threat comes in the midst of dueling lawsuits between the Obama Administration and North Carolina over their law that limits bathroom access to people of the same biological sex.

The letter tells schools that they must not require that students have a medical diagnosis or any other evidence that they’re officially “transgender” – merely the student’s assertion that they’ve gone from a “boy” to a “girl” will be enough.

This is the latest push by Obama to “normalize” issues of access important to the LGBT community. Obama previously sided with them over marriage rights, allowing them to serve openly in the military and barring federal contractors from discriminating against them.

“A school may not require transgender students to use facilities inconsistent with their gender identity or to use individual-user facilities when other students are not required to do so,” the letter says, according to The New York Times, which obtained a copy.

The letter says that schools must “immediately” respect the students’ new gender the moment it is declared by the parent or guardian. No medical diagnosis or any other documentation is needed.

To assist schools in implementing the new policy and help those made uncomfortable by it, the letter includes a 25-page document of “emerging practices,” with suggestions such as erecting privacy curtains in locker rooms for those who need extra privacy.

As has been mentioned before, “transgender” people have been using public restrooms for some time now, without a national uproar. But now that liberals are making this a centerpiece of their agenda – and Republicans almost thrilled at the opportunity to oppose it, expect to see more incidents like what happened in Seattle a few months ago.

A man walked into a women’s locker room at a public pool and started to undress. The man wandered in and out of the locker room – where girls were changing – several times, citing the state’s new “transgender bathroom” law.

No arrests were made, because what the man was doing was perfectly legal under the state law.